Elections in Europe: Amid the agony of Ukraine there are still Europeans who like Russia best

Elections in Europe have shown up the extent of a pro-Russia sympathy, whether drawing on some traditional alignments in Eastern Europe or stirred up by the far-right.

The voting has put a dent in solidarity against the Russian President Vladimir Putin and his war of aggression against neighbouring Ukraine.

Macron’s battle for re-election in France

The lead-up to the French Presidential election on Sunday, 10 April, saw a surge of support in opinion polling for the nationalist challenger Marine Le Pen, against the incumbent President Emmanuel Macron, which added interest but turned out to be mostly a media mirage.

Macron is centre-right in politics, a stalwart of the European Union and of the defence alliance NATO in its backing of embattled Ukraine under invasion.

Preoccupied by the crisis in Europe he began his campaign rallies late, a little over a week before the poll. He has been battling long standing resistance to one of his key changes in economic policy, a tightening of pension rights and the move to a later retirement age, from 62 to 65. He is also under fire for the deployment of an American consultancy to coordinate big programs including the COVID-19 response, amid contentions that the company was dodging taxes.

He topped the poll in the first round, among 12 candidates, with 27.84% of votes. Just ahead of the poll  the newspaper Le Monde consolidated all polls and declared the election, one week out, was impossible to call. As an indicator of the massive distraction of Ukraine, over one week the newspaper published seven email alerts on the war, only two on the French presidential elections.

Le Pen got 23.15%. It was a showing that drew attention to deep currents of resentment, built on campaigns against immigration or the large Moslem community, which comprises 5% of the French population. Le Pen makes a so-called populist pitch to voters disaffected by change in society and wanting to be offered blunt solutions – including a plan to walk out of the EU. Prepared to kick over the traces protecting legal rights or usual democratic process she found a friend long ago in Vladimir Putin, whose overseas television service, RT (formerly Russia Today), would give her a friendly outlet when needed.

Marie Le Pen’s father and political predecessor at the head of their movement, Jean-Marie, made a breakthrough in the 2002 Presidential election, coming second in the first round. His vote rarely got beyond 15% but it was foundational. The electoral strength of this far-right force, called the Rassemblement, signals a breaking of ranks in Western Europe – a bad look for European solidarity in dealing with Russia at this time.

Not that France is about to become a fascist republic.

The left-wing candidate Jean-Luc Melenchon was strongly-placed with 21.95%, a bloc vote available to be passed on to Macron, should the candidate and his supporters be in agreement. Melenchon inherited votes from the previously strong Communist Party, and the Socialist Party that ruined its chances through maladroitness in government and major corruption scandals. It is a landmark of European politics that long-term parties of government, over less than 40 years, have atrophied: see the French communists, socialists, and the Gaullist conservatives, the Republicans; there are others such as the so-called Eurocommunists in Italy and that country’s Christian Democrats.

The perceived late pick-up in votes for Le Pen, (which failed to materialise, perhaps with voters staying away, in what was a low turn-out, 65%),  looked to have come from the collapse of the presidential aspirations of Eric Zemmour, a television commentator who made a big splash a year ago, building up a showing of 30% support. On the day it came down to 7.07%. Called France’s Trump, opinionated in the way of the more partisan talkers on Sky News, he knew how to entertain with outrageous and reactionary ideas, was an intruder into the political game, then stumbled.

Zemmour was ahead of Valerie Pecress, candidate of the much reduced centre-right Gaullists, now badged as the Republicans, with 4.78%. Her potential vote was drained away by Macron, whose closest identification in conventional politics has been with a centrist bloc – classic liberals including many business people – that always governed with the Gaullists.  A lot of Republican voters would have taken him up as ‘their’ incumbent.

Also-rans in France who may be deciders

In the run-off election on 24 April voters from a swag of small parties may turn out to get behind either Macron or Le Pen, with the left wing under pressure to get very practical for a day, to make sure Le Pen is excluded.

These are the seven tail-enders, in the wash-up of election results: 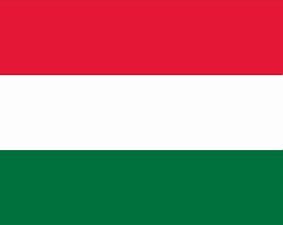 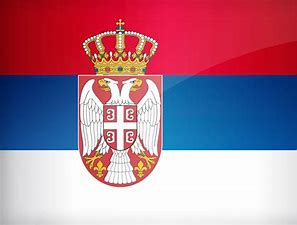 Voting in two smaller states, on 3 and 4 April, in Central and South-eastern Europe, where politics get very rough, gave more cause for worry in the Western alliance.

The President of Serbia, Alexandar Vucic, was returned to power with over 58% of votes and enough parliamentary seats to easily make up a governing coalition. He is Serbia’s version of a centre left politician but is as much interested in siding with a China – Russia axis than pushing his country’s application to join the EU.

His non-Western tendency has come out in the form of most friendly relations with Vladimir Putin in Russia and very heavy Chinese investment in Serbian industries. The man’s balancing act will now be brought to a stand-off. Failure to join in active condemnation of Putin’s invasion of Ukraine would cruel his chances of getting into the EU, and getting EU money, a prize for the East European states with their weak economies. But perhaps he prefers crude company and may not care about going to Brussels after all.

In Hungary the most pro-Russian of all, Prime Minister Viktor Orban, easily won re-election, capturing 53.7% of primary votes against a combined opposition’s 34.4%. Orban runs a program he calls “conservative, Christian Democratic and patriotic”, and declared: “We are sending Europe a message that this is not the past – this is the future.” He was helped in the messaging by a general shutting-down and shutting-out of opposition in the media; the opposition alliance in the election received five-minutes of air-time for its campaign, swamped by propaganda for the Orban party, called Fidesz. The international rights and security agency, the OSCE (Organisation for Security and Cooperation in Europe), sent investigators to try and check widespread allegations of electoral fraud.

Orban’s victory was not just the outcome of courting reactionary spirit among many voters, as when he broke ranks with joint EU immigration policy during the Syrian crisis of 2015, refusing to let in refugees. He is also another balancing man, obtaining EU financial support given to weaker economies in the bloc, but depending heavily on Russia for well over half of Hungary’s oil and gas. He would not worry so much that a percentage of the EU payments are now being withheld because of his rule-breaking on rights; he has a friendship with Vladimir Putin – enjoying visits with each other on some 12 occasions. When Ukraine was invaded, he campaigned as a “peace” candidate, not exactly breaking the letter of Hungary’s obligations as a member of NATO, but refusing to send any help to Ukraine — saying he would keep his country out of the war.

A ‘Putin test’ for democratic, or undemocratic politics

The agony of Ukraine has provided a ‘Putin test’ for nationalist or racialist political parties claiming to be democratic and denying any connection with fascist movements that arose in the 1920s. His action is replicating on pygmy scale the senseless and cruel aggressions of Nazi Germany, which, ironically today, included operation Barbarossa, the invasion of Russia – another Armageddon. If the parties, and their voters, don’t condemn and oppose Vladimir Putin, well, if you fly with the crows you get stoned with the crows.

Ideas of ‘folk’ identity die hard, whether that is among a minority of ‘tradition’ minded French reviling Arab citizens there, ethnic-Serb nationalism, or even dreams from yesteryear of Magyar ethnic hegemony and empire in Hungary.  The European Community before 1992 was a thoroughly democratic and prosperous Western European club, actually enacting ideals of justice, sharing and peace. It then acceded to urgent requests from the former communist states of Eastern Europe to be admitted to the new EU. NATO likewise agreed to admit those states to the alliance, as they were demanding greater assurance of protection from Russia. In light of the barbaric events of the last six weeks, they had reason to fear. Governments of the West, while united and determined in the present crisis, must rue that they had few alternatives during the ructions of the 1990s, and made this rod for their own backs.