Positive planning for the Union area at UQ St Lucia 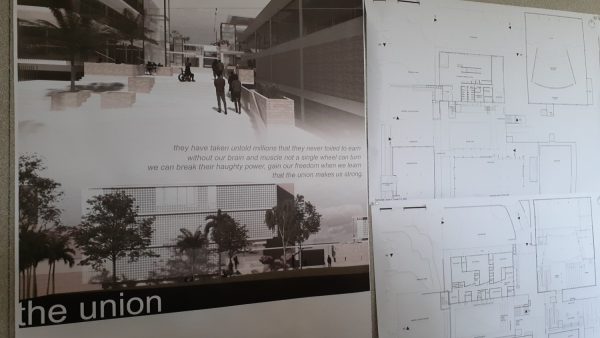 area’ at St Lucia taking in the Schonell Theatre and forum.

radically modernise the complex while preserving heritage values – keeping it

as a zone for independent learning and student life.

When Queensland University’s grand plan for rebuilding the

campus let-on two years ago that the Union area was set to be demolished, it

set off a campaign to save it.

The proposal would have seen the buildings razed and

replaced with a business complex and teaching areas controlled by university

That was unexpectedly shelved last June during negotiations

with the protest group, management also pledging that certain key features of the

opponents of the demolition project had been ‘negative’ taking it on.

This week came a positive statement from the Architecture

school reflecting not only clearly thought-out values but demonstrating the

power a university can generate as a repository of knowledge and skills. 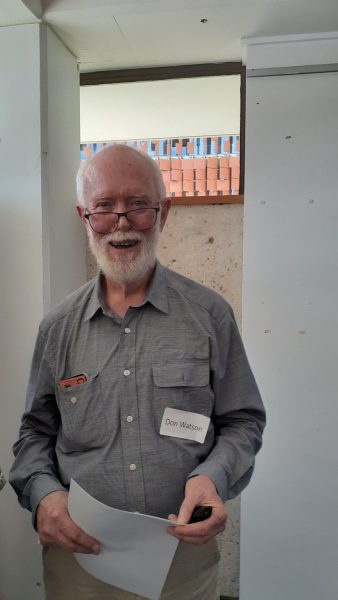 The project was the brainchild of Adjunct Professor of Architecture, Don Watson (pictured), who organised it with Professor John Macarthur as a Masters Studio, all coming together with presentations before a jury on 27 October. 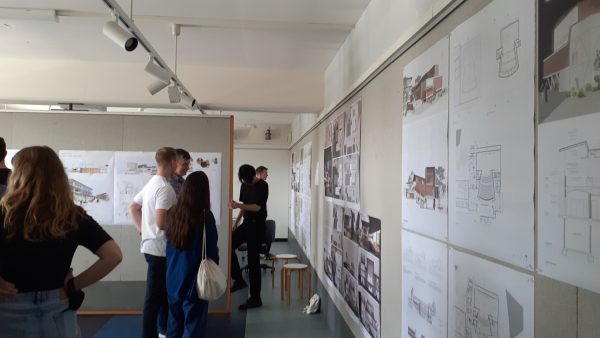 Dr Watson said the students had put together a brief based on what is there, with upgrades to improve accessibility and address shortcomings and new opportunities, while recognising the heritage of the complex and a wide range of stakeholders.

Efforts to obtain a copy of a brief for the ‘official’ university project had not got far.

“We were told this was being worked out; if there is a brief, that is as close as we came”, said Dr Watson. 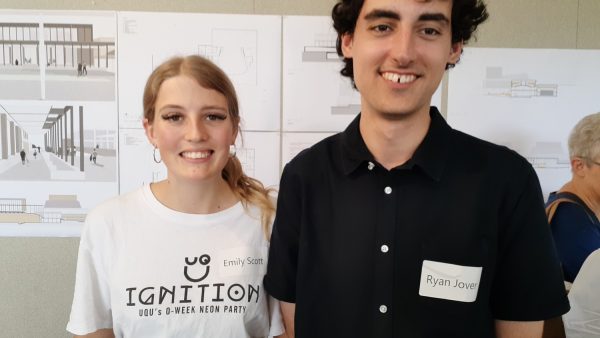 Aligning with ‘conservation architects’ he said nature and heritage would be taken into account.

The drawings and plans on show on the day envisaged a development of valued assets: restoring the courtyard and forum; clearing the entrance area of the Schonell Theatre to give it a ‘proper foyer’; and returning student Union offices, and Union Council meeting room to a space they previously occupied:

“It would be an important place for meetings again; this would be a symbolic gesture,” he said.

Undertaking the students’ project had begun with major problems working out the different levels among the structures on an uneven site; in the end most following up with drawings of a multi-tiered complex of connected buildings, terraces and outdoor spaces. 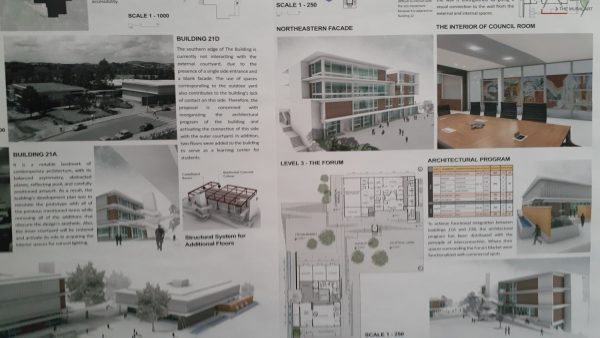 Many purposes had been worked out, involving both good environmental use and probably good economies as well as providing a major eastern entrance to the campus from the Lakes bus terminal.

Some of the proposals built into the plans:

Dr Watson said some clear principles and guidelines could be taken from the project.

Applying to be elected by graduates to the university

Senate, tough enough to achieve in a crowded field, I would be looking to have access

to such expertise in many areas. Carrying plans like these in the briefcase can

help you to check on what you have in front of you and make a point. A key

by their knowledge of the culture of the place. Universities have been putting

down and disempowering their main asset, the teaching and research academics

they employ; as producers of knowledge they ought to turn that around.