Australia struggling out of another bad Winter with the virus 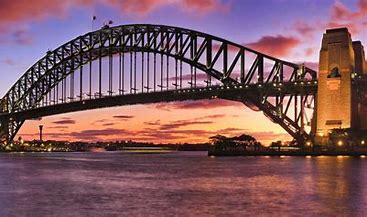 The deaths of 360 people in News South Wales during the 2021 Winter lock-down should have put an end to over-optimistic ideas about handling COVID-19.

Before that the State’s eighteen-months death-toll had been 54, with much cocky assurance it had found a way to put the economy first and get away with that fairly painlessly. Then Winter saw Australia’s heaviest impacts of the COVID epidemic shift to NSW, during the period between the start of lock-down in mid-June and the beginning of October.

On 5 October the NSW Premier Gladys Berejiklian having fallen on her sword, her successor, Dominic Perrottet, an awkward, defensive and ideologically-driven young man from the right wing, signalled basically little change in priorities: COVID might be bad, but easing up on business activity would be worse.

WHO HAS ALL THE ANSWERS?

The state most reluctant to impose disease quarantines, and most insistent on prioritising ‘normal’ business opening, struggled to contain mounting infections, which rose to 1600 daily in mid-September, now subsided to half that level. Management became focused on a drive to get the population vaccinated, with high rates of success; thousands responded, more than 66% of persons over 16 now “double dosed”.

The Winter season produced a clear pattern for Australia, that the two big clusters of population, Sydney and Melbourne, were the places not to be. Mortality figures told a story with over 1200 persons lost in the two larger states, against the six other states and territories each registering mostly just single-digit losses, for a shared total of 36 deaths up to October.

Victoria in the Winter followed the same strategy as NSW: deploy a lock-down, to dampen the growth in infections, and incidence of deaths, while pushing hard on mass vaccination – the main hope for bringing the epidemic under some sort of control.

Victoria up to June this year had registered 820 deaths. That was mostly the Winter crisis of 2020, which saw fatal out-breaks from hotel quarantine and penetration of the disease into aged care centres, only contained through prolonged hardship lock-down restrictions.

In 2021 the government of Premier Daniel Andrews moved quicker and harder than New South Wales on lock-down. It still struggled to hold down the rates of infection, seeing them grow and over-take the figures for NSW during September, but lives were saved: the number of deaths during the Winter in Victoria this time was contained at under 55.

If there was agreement on broad public health strategy, against the virus; the political conflicts generated by the State government of New South Wales, in alliance with the federal Prime Minister, Scott Morrison, against the other Australian states, remained to be quelled.

Given analysis, the position taken in Sydney comes over as more ideological and partisan than it was ever going to be founded on the advice of doctors and epidemiologists alone. It had elements of denialism, a trait of radical conservative thinking also encountered in the response to climate change, suggesting the pandemic could mostly be ignored. Why spoil a beautiful life by going into lock-down, better to countenance some partying on the beaches. The disruption and loss of production caused by the epidemic were correctly understood as a deadly threat to the neo-liberal project most contemporary right-wing politicians have staked their careers on.

The priority was to keep the “system” going, the economic system, prioritising money values and over-production, ahead of the environment and even public health; and ignoring one key reality: the enemy was a vicious disease, and if the population attempted to go to work as usual, the disease would strike, and so, it would undermine production anyway. Much as it goes against the neo-liberal grain, getting more and more wealth might need to be put aside, in favour of protecting public health.

The until-recently Premier of New South Wales, Gladys Berejiklian, set out an ambitiously sophisticated scheme of localised half-lockdowns, purportedly pinpointing the outbreaks. Even when crisis erupted in the Winter, the “lock-down” was full of loopholes. Sydney people with weekenders on the South and Northern coasts were allowed to go there freely, variously taking infections with them.

The program was backed up with an insistent calling of the narrative using highly sympathetic media — News Corp papers, Sky News, 2GB. The Premier would proclaim optimistic deadlines for the end of outbreaks or achievement of testing, which would not be achieved but would be replaced by new deadlines. It might have seemed politically expedient to tell the public not to worry, though the public would not always buy the story as told. Members of the public actually moved ahead of their government in observing sensible measures, flooding into testing centres whenever set up, and when, finally, vaccines became available, taking children to ensure they were getting some protection.

Pre-crisis, up to June 2021, Ms Berejlikian became stridently party-political and belligerent about how successful she had been. While Victoria struggled with the savage outbreak of COVID-19 in mid-2020, she denounced the long lock-down there as state cruelty, bad things “being done to people”, ignoring any notion of it as a cruel necessity. She reportedly told the Liberal Party Federal Council in May, a few weeks before Sydney’s major outbreak, the lock-downs were finished in NSW. She tried to intervene in the Queensland state election, attacking the government there for closing the border to holiday-makers from NSW. It was put over as a Labor government attacking small business, as against a virus wanting to attack a population:

I’m just so upset and frustrated as to why the border’s been in place for so long.

WHAT GOLD STANDARD IS THAT?

This was backed up, opportunistically, rashly, even unthinkingly by Scott Morrison, famously declaring New South Wales the “gold standard” for COVID management. There should be no panic, he said, no anxiety about slow action by his government getting in stocks for vaccinations. “Snotter rais”, he cried. “Snotter compershisson!”. (It’s not a race, not a competition).

When crisis struck in June he was challenged over diverting extra supplies of vaccines to New South Wales, ear-marked to meet urgent needs in other places; and over an imbalance in funding for business supports; then backed-off to make up and avoid the flak. Likewise was an overnight conversion to urgent action on vaccines, at once turned into a high priority — a race.

On the matter of vaccinations he might need to be watched, because of the priority placed on “opening up” communities, and opening Australia to the world, through ending lock-downs, once high levels of vaccination are reached. This is not a particularly numerate man. Criteria he mentions “seveny-in-aidy” (70% then 80% of the population over 16 double-vaccinated) should be carefully scrutinised, against any sleight of hand – for example kind-of letting people think 70% of over-16s was just about the same as 80% of everybody.

When COVID-19 struck hard it was worst in crowded households and among the outdoor workforce based in “ethnic” suburbs across Sydney’s South-west; highly difficult territory for prevention campaigns and health services already under stress.

Ms Berejlikian had two responses: (a) to say that it was entirely the fault of the virus, by suddenly arriving in the form of a new strain, Delta, which was more infectious and disrespectful of the easy-as-she-goes, neo-liberal system she had put in place, and (b) New South Wales would open up anyway, once vaccination targets were met, even where rates of infection, and presumably deaths, and severe strain on the hospitals might be continuing high.

There was also a point (c), for the disapproved-of other states: even if continuing relatively pandemic-free, they, and their publics would be made to follow the “leadership” of her government and that of Scott Morrison in opening-up, like it or not – part of a campaign by federal Liberals also. Public debate ensued about whether such an ultimatum actually was sanctioned by the so-called COVID exit plan initialled by the state and federal governments at a national cabinet meeting; whether the High Court would agree, and so on.

A common sense rejoinder is crying out for attention here. It was open to the governments of New South Wales, and Australia, to expect that something like the Delta strain was coming and to prepare for it. Any educated adult would have heard how viruses change, as with seasonal flu viruses, where you need a new injection every year. Persons running governments had a duty to get ready for that.

Surely this virus will change again? There is talk of an Epsilon strain that is said to be resistant to existing vaccines. What about Zeta, Eta, Theta or even an Omega later on, imaginable as a COVID variant very different to the original, that might revel in warm sunny days and target children? Is it not wise to relegate even an obstinately-held political ideology to a back seat, the better to prepare for a mortal threat to your species?