Australia’s Tough Year: Crook with the virus, economy getting crook 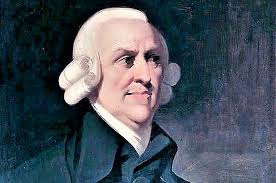 Right now the world is suffering the depredations of two germs, the corona virus COVIT-19, and linked to it, the dying but stubborn economic dogma called neo-liberalism.

“SMALL GOVERNMENT” CAN’T DO THAT MUCH

The idea of “small government” – with low government revenues, privatisations, no economic regulation or respect for the natural environment, low pay for employees and bans on unions, billionaires making the decisions – means near-paralysis when governments should step up and govern.

They don’t have enough money; their human resources in the public service, including health services, are too run-down; they are politically weak with poor credibility after years of “small government”, low capacity for formulating policies; they are headed by half-mad ideologues, plutocrats, ad-men and other rank opportunists attracted by neo-liberal dogmas; they can borrow on the public’s account but it’s a question how they can get all the money – credit this week is getting in short supply worldwide.

GREAT BUDGET – NO SURPLUS, NO HEDGE FOR IT

In Australia the mantra of having a budget surplus at all costs has been shown up as a sham, a failure and a betrayal of the country’s interest. It came packaged-up with childish boasting last year. Prime Minister Scott Morrison, as chief marketer, trumpeted the miracle plan where he would cut taxes, especially for the top end, still provide services, but still “balance” the national finances. Now it happens there was no Plan B, in case something went wrong, so severe not even trick accounting could make it look “back in black”.

The problem of quality in leadership is being highlighted this week. The aforementioned Morrison does not present as a man who reads his briefing notes and assesses what is coming. There was the Aloha debacle: ignoring calls by the Opposition last November for a “national cabinet” on bushfires, he set off on Christmas holidays overseas. He is at home being folksy (at his conservative-evangelical church; telling us to make casseroles for elderly neighbours; booking to see a Sharks game before moving to close-down stadium events); but not that up-to-standard on social responsibility.

The neo-liberal ideology will be no help to him, because not an actual ideology, not a serviceable or credible guide to policy. It is more a camouflage for old-fashioned political reaction, back to the social horror of the industrial revolution of the 19th century; transfer of money from public to private; more for “haves”, less for “have-nots”.

Re-heated in the economics pie oven, it was systematically promoted from around 1970, first under the name of the “Chicago-school” economist Milton Friedman. (Just last year, one of the parliamentary Liberal Party did a crank act, swearing himself in with his hand on a book by Friedman). (Early on the doctrine was linked to ideas of personal freedom, drawing on 19th Century economic philosophers viz Adam Smith (picture) or John Stuart Mill, but after these were widely re-read, it became obvious that neo-liberalism had cut out the social responsibility parts — Christian ideas that the goal of the system was to optimise benefits to all. Just as a prescription for “anything goes” business, it gets into dark streets where even organised crime becomes a beaming and prosperous close neighbour).

In a campaign well sustained by corporate funding, neo-liberalism was taken up by schools of economics the world-over. Professional economists everywhere, who came through these schools, chanting the “free market” and “monetarist” mantra, today have some explaining to do. If they get laid-off, unlikely, will any volunteer to re-train under new professors and a fundamentally renovated syllabus, to rinse out the ideological clap-trap?

Friedman himself was brought out for the campaign in Australia, in 1975, sponsored by a stock broker. In the anxious climate of the Arab oil embargo and “stagflation” he had simple and reassuring solutions. The variant of neo-liberalism then was monetarism. Central banks could handle fluctuations in the economy and financial world by adjusting the money supply, but governments would exercise no other controls, and this would set off economic growth.

Milton, then 62, made an appearance on the ABC’s Monday Conference, forerunner of Q&A, where he barked a bit at a young bloke who challenged him but otherwise was engaging and persuasive. A counter-tour was made by Joan Robinson, seen as an “old lady”, actually just ten years Friedman’s senior. She’d been an associate of the Cambridge economist John Maynard Keynes, who designed the stable economics system put in place after World War II. Milton Friedman, she said, was “relying on a little trick”; he thought you could control great forces “just by turning on and off a little money tap”. She also condemned over-reliance on constant economic growth; “exponential growth, year in, year out” could not go on indefinitely. She pointed out also that Keynes’s system worked while the gold standard was in use.

By 2020 the “little trick” of tinkering with the money supply has run its course, getting towards zero cash rates, (do lenders start paying borrowers to take their money?). Central banks including the RBA in Australia, down to printing new money, have surrendered, calling on governments to govern, by using fiscal measures. (It might even get to the “Keynesian” idea of budgeting for a surplus in boom times, deficits during down times?).

Milton Friedman did eventually concede his system was giving billions to billionaires but argued that was alright as very many others would get more than they ever had before. Debates have gone on between supporters of never-ending economic growth and opponents wanting a definition of prosperity that did not require excessive growth and vast personal wealth. Climate change may end all that talk, destruction of the planet meaning no more growth anyway. COVIT-19 is providing a bitter taste of how things might be in a poorer world.

OTHER WAYS OF DOING IT

In case alternatives are called for there is the model of the prosperous West in the 1960s:

The prescription is for a regulated system, for example to prevent new apartment complexes collapsing; keeps up a national health care system to handle any crisis; funds schools, TAFE and higher education; supports great national institutions like the ABC — vital official broadcaster in times of crisis (currently endangered, the Liberals’ national council has voted to sell it).

Early in 2020 Australian public health authorities are projecting some 5000 to 15000 deaths from COVIT-19. It is not helped by having an ideologically-driven “small government” system that fails to provide enough resources for public needs and puts mediocrities in charge. A critique has been made by the official Opposition: there should be more of what is being done, earlier and more quickly, and much better government communication with the public. That is a fair demand but would be tough for it to deliver in a system gone over to general poverty and weakness in the public sector of life.