Election 2019: Putting a price on the media campaigns

What difference does $600000 a day in political advertising make in deciding who wins the federal election?

Lee Duffield picks up this question in the first of his articles about campaigning in 2019 – and also he checks out the far right-wing in mainstream news.

Prime Minister Scott Morrison kicked up a “phony war” in the lead-up to this year’s election by going coy on the date, and attracting  criticism over taxpayer funded government ads.

PUSHING THE ENVELOPE WITH ADS

Some of these pushed the envelope on fair play, giving a partisan angle on Australian government programs like Liberals’ taxation changes, (called “building a better tax system, better for you, 95% of taxpayers pay less”), on education spending, road building programs or jobs schemes tailored for small business. 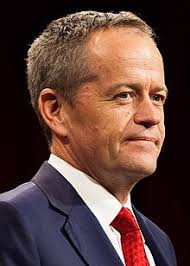 The Opposition Leader Bill Shorten said on the weekend (6-7 April) the government had delayed its announcement on the election date hoping to get some help from the ads – running at over $200-million for just over a year, or $600000 a day. 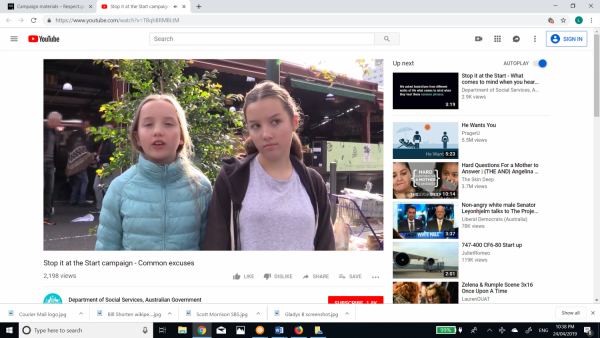 The commercials “Authorised by the Australian government” are hard to miss and get out much information, but they have to end once the election is called — and it’s a question whether they change anybody’s voting plans in the meantime.

PUSHING THROUGH THE NEWS MEDIA

The same for news media.

Momentarily leaving aside social media and “fake news”, the mainstream is shaping up this time as mostly a dual offering:

On one hand there is reportage based on journalistic values where they establish facts and publish new information that promises to be interesting; a principled effort where it follows standards like the journalists’ association (MEAA) code of ethics. This has passed some tests over time, where fresh news literally sells the news product, while it gets trust by admitting different sides to an argument. It has main weaknesses like a tendency to deal mainly with powerful groups such as the government and official Opposition, so it is difficult for groups wanting access to promote new ideas.

Examples in Australia are the news services of the ABC, Sydney Morning Herald and The Age, segments of the News Corp newspapers, Channel Nine news or the Guardian online. Some have an editorial stance usually favouring one or another strand of liberal thinking though they all focus on getting facts and as for opinion keep their heads pulled in.

MAINSTREAM AND THE EXTREME

On the other hand there is a segment of media representing  reactionary or extreme right-wing politics, usually done through writers or talkers close to ultra-conservative managers. The impetus here is not just “commercial”, i. e. selling news, but serving to give out a line for already-committed audiences. The best global example is the American President Donald Trump running a constant campaign of outlandish and abusive rhetoric, preaching to his own converted. In Australia the right-wing Senator Pauline Hanson named some in her 27 March media conference on gun violence, listing individuals who “give her a fair go”.

Bolt does opinion in strong terms on conservative themes regardless of what size majority might disagree. One example was his attack on  the Victorian court verdict against the senior conservative cleric George Pell, accused of sexual abuse of children. More lately, on 4 April in a fresh attack on the ABC, a long-term target of the newspaper proprietors, he declared “ … this biased ABC must be cut drastically to size”.

Jones’s rhetoric gives a single viewpoint in the same way and being ad libbed for radio gets more wordy. Recent listening exercises proved up the same impression as always: the mind racing through a chain of topics, occasional matey interviews with a Tony Abbott or John Howard, alternative viewpoints getting short shrift.

Renee Viellaris is different in being more in the news section and  essentially publishes Liberal Party media releases, until last week providing virtually nothing from the other side. If the Coalition side give a release to the CM first it is tagged “exclusive” though usually the sources are open and it is picked up by the ABC overnight. Some of the material is boosterish, e.g. front-paging a roads black-spot  program (CM, 29 March), or it takes up a government polemic, e.g. a 1% emissions cut by Labor would slash the cattle and sheep herd by 10%, says the Federal Government (CM, 26th March).

The concern here is that the country’s third city has only the one local daily as its journal of record. It is a poor treatment of the readership, in a town where more people are Labor than Liberal, if the news coverage of the election campaign is going to be just a Liberals’ diary. Sermons can get very dreary. Oddly, after their writer was so publicly claimed by Hanson the same paper gave an uncritical and informational treatment of Shorten’s Budget reply on 4 April. Once more it was just a stage one treatment of what was said, no sophisticated stuff like balanced interpretation or a reasoned, informed backgrounding — but maybe it signals some straightening-up on the way to polling day.

A good question is whether the biases of pockets of mass media, however large they are, actually matter?

The conventional wisdom of political persuasion is that citizens know their own interests and mainly trust family members and peer groups when choosing a party. Such groups usually skirt around or shut down any dissenting conversation in the interest of harmony, so change is rare. Unlike less vital decisions such as selling goods or services, getting a vote is best achieved through one-to-one, trusting contact, and so extremely difficult for political organisations to engineer.

They have no choice but to work through the less satisfactory alternative of mass media. In that case, since most people only like to hear or see arguments they already agree with, the best option for the parties and interest groups is to use media to shore up support among existing followers. It also takes a long time, maybe two years, for a message to take on. By this reasoning the work of the hard right in mainstream media, running talking points for its followers as the news, stands to have some plausible effect. It can consolidate valuable support even if it cannot persuade others.

ALTERNATIVE IDEAS ABOUT MEDIA AND POLITICS

Alternatives to this “conventional wisdom” theory of persuasion include the proposition that crisis, like the current world crisis driving mass migration, with 60-million people on the move, produces change. In that case anti-immigration campaigns in media invoking racial or ethnic prejudice, like the “Brexit” campaign in England, can produce a move to the right. But did media messages do this or the reality behind all the publicity? No crisis, no media about crisis. Unless it’s fake news of course, which brings up the second alternative to the “conventional wisdom” theory that mass media is not very effective in changing votes.

The new alternative view is that digitisation is transforming media like just-about everything else; that mainstream media have become diminished in size and economic power; that media are now diversified and atomised, with thousands of players large and small. In this arena whoppers go out on social media and get believed for a time. Many believed stories during the 2016 American election campaign that the Pope had endorsed Donald Trump. Many heard the story last month that the New South Wales Shooters party wanted guns recognised as legitimate household protection, as in America, which party spokespersons have since been denying.

Again though it comes back to the observable proposition that people believe what they want to believe. Made-up stories endorsing gun-totin’ racism will go well with gun-totin’ racists but may not cause many people to change their votes. Can groups on Facebook go beyond reinforcing one another’s existing shared attitudes and cause individuals to actually alter crucial decisions? Or will we start seeing the psychological defences of the public against dangerous balderdash being extended to include new media as well as the old and familiar?