It came to France, scene of the epic battles of the Great War (1914-18), to host the celebration of its centenary on 11 November.

Lee Duffield says it also fell to the French President, Emmanuel Macron, to post a reminder about the ideal of civilisation which the savagery of that war had jeopardised.

Amid the jubilation worldwide a mixture of thoughts.

A New York newspaper headlined the armistice signed in 1918 as “victory” and “peace”, an understandable jostling of ideas after years of warfare, and also mentioned new hope for “civilisation”.

The “civilisation” the newspaper had in mind was the defeat of “hun barbarism”, but it might be read otherwise, today, as the human species suspending its barbaric ways –for a time.

Not all humans can be blamed for the outrage of the Western Front.

The mountain of social history on the war shows the main response to the armistice was sheer relief – folks had survived and could try to get back to love and life on a normal plane.

Emmanuel Macron had to make sense of it all in his commemorative addresses, and in the end gave a warning about signs of history starting to repeat itself.

“Ancient demons are coming to the surface”, he said.

The scene had eerie comparisons with the negotiations at Versailles a hundred years before, once the actual warfare had stopped.

Political leaders from Germany were taking part, champions of reasonableness.

The Chancellor, Angela Merkel, a moderate conservative figure prepared to stare down belligerent forces on her own side, was there in Paris as a gesture for reconciliation and peace.

The President, Frank Walter Steinmeier, a Social Democrat, and a voice of reason wherever he would appear in his days as Foreign Minister, assisted at separate commemorations held by the British.

Both could be made to look like the hapless democratic politicians, mostly Social Democrats, who had to accept the unbalanced peace of 1919 – and then were abused for it in the Fatherland.

Among the demons in the shadows: grave insecurity about wealth and hoped-for prosperity.

In 1918, the Great Depression was just one short, frenetic decade away, to be brought on by a burst of wild capitalism in America.

They wanted “low taxes, balanced budgets and small government”, which would mean open-slather for corporations to get massive tax breaks and go after short-term profits — plus the attack on unions and wages.

SAME ALL OVER AGAIN?

Well in 2018, there is the deregulation that got going fully in the 1980s, leading to much excess, not to say massive corporate crime and the Global Financial Crisis – impacts still being felt.

There in the gathering at Paris sat Donald Trump, direct successor to the corrupt, “small government” Republican Party presidencies of the years that followed Versailles, and ushered in the depression.

Deregulation now also means removal of protections for the environment, as is happening in the United States, hence weak defence against climate change, so less chance of getting the sustained economic growth that the wild capitalist experiment needs to keep going.

Economic and environmental crisis, more conflict over resources, global crime on an industrial scale, displacement and a forced mass migration.

Seen in connection with all that, the events of the weekend look more like a serious lesson from history, less like some kind of especially gaudy and moving, large-scale Anzac Day production.

This was on Macron’s mind, addressing leaders of Europe and other powers linked to the Great War, some as wobbly as Trump, like Vladimir Putin of Russia, also in attendance.

The French President was expressly referring to the new indulgence in racial prejudice for mobilising mass support on the right wing:

This is to be found in reactionary groups pushing to control the old centre-right conservative parties, (some of those being “neo-liberals” who still want to “deregulate” and get back to how it was in the 19th Century; others being outright ratbags still blaming the Jews for everything or thinking that Jesus supports economic chicanery).

It is to be found especially in the marginal extremist groups that have been routinely getting up to 15% of votes in parts of Europe and in many cases a place in government.

The idea is that in the general “Western” polity, more-so in more backward places like Russia, there is always an easy 10% of votes up for grabs, out of hate.

The campaign to destroy the European Union gives a good example.

Translated into 1918 terms the EU is like the League of Nations, a multilateral undertaking based on mutual benefit, including settlement of disputes  through cooperation. It had to be attacked by more reckless heads wanting a win at all costs, through force if need be – players in a zero sum game.

It was set up to create new economic resources by removing barriers and to replace hostility with co-operation as a preventative against war – all too reasonable for some.

An appeal to English racists tipped the scales in favour of “leave” in the British referendum, in opposition to migration, including migration from Eastern Europe; likewise in Eastern Europe itself the immigration issue gave hyper-nationalist, authoritarian politicians access to extra votes that they needed to get into power.

Distress, caused by the destabilised economy and sinking environment, causes desperation and fear.

It cuts across the classes and cultures, to anybody who might be susceptible to some chancy leadership: from anxious working class families in a “Trump state” like Michigan, to townsfolk in Argentina and Brazil going broke in a mad financial system, to grumpy retirees in Queensland crooked about social change and black people, at last, being allowed to live in the towns.

This is the notion of “populism”, which means putting up “easy” solutions that might be reassuring for a while, and “new nationalism”, actually an ethno-nationalism that came to a head, very badly with the war of 1914-18.

It would replace concerted migration control, e.g. to provide workforces long-term for richer countries with declining populations, and block off measured responses to extremist Islam in favour of provoking a violent “clash of civilisations”.

It is the opposite of love and an antidote to reasonableness breaking out as a way to handle problems in the world.

Emmanuel Macron is no orthodox politician of the centre-right or centre-left.

He set off a movement that was vaguely centrist which like the “populists” on the extreme right, made out that running the country and fixing everything up would be easy.

But he is more reasonable than most, more positive, more responsible, more orientated to peace and love.

He is not running a joke, like the party-goers party in Italy. These are currently, literally on the nose because turning out to be not competent to control criminals and run the city of Rome. They are in a national coalition government with the extreme right wing, who are running rings around them, a “destabilisation” government charging up public services, not getting in new revenue to handle the giant debt.

Yet, take heart if putting faith in love. 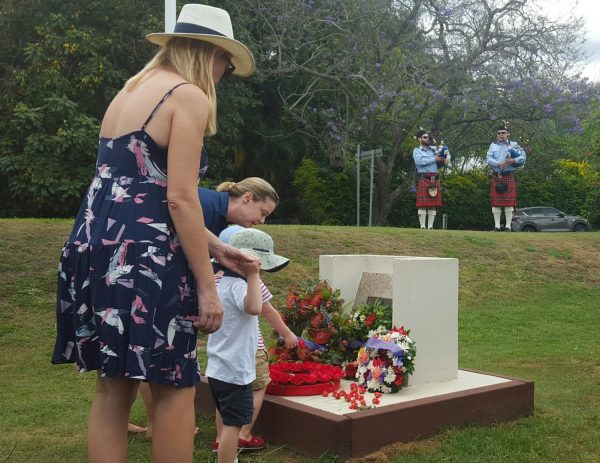 There is not much talk that the commemorations on occasions like Remembrance Day 2018 are pure and simple a dangerous glorification of war.

There is veneration of the soldiery and sometimes a maudlin enjoyment of the spectacle and ritual of the day, what with the music, marching, flowers, crying, wearing grandfather’s ribbons, and everything.

The worst sceptic however can see it is an occasion of mourning. 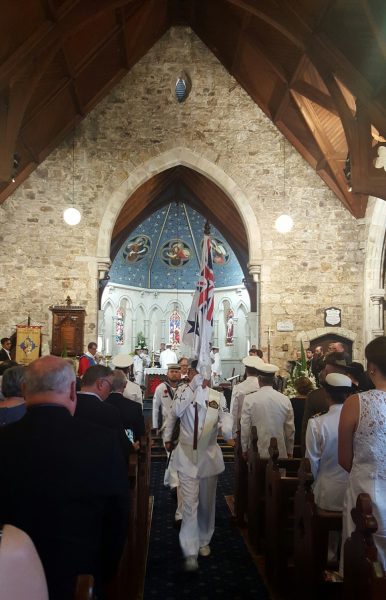 The services are actually close models of prescribed military burial services, and the cenotaphs, it is widely realised, are emblematic tombstones for young men whose people could not visit their graves, either not known, or too far away – the dead bodies of only two original Anzacs came home.

It is a time to sober up and use the brain.

Like what might have happened with the President of France this year and the good people who gathered in their millions to support what he had to say.