Voters in this weekend’s independence referendum in New Caledonia are choosing between two radically different ideas of the future, despite decades of negotiation intended to create one common ground.

The opinion polls have steadily given the anti-independence vote a resounding majority, comfortably over 60%, for several months right up to election eve.

The referendum is a popular, “good thing” according to an even bigger majority in the same polling, because it is part of the power-sharing “Matignon process” — set up to give a fair chance to the native Melanesian population, the kanaks.

PRESSURE FOR VOTING “NO”

Started thirty years ago under the French Socialist Prime Minister, Michel Rocard (picture), it saw through multiple concessions and reforms: formation of three provincial parliaments as the main directly-elected form of government, with kanak parties able to control two of them; a negotiated redressing of the electoral rolls taking out much European representation and privileging kanak enrolment at many points; continuation of full French citizenship accorded to all residents since 1958; a special indigenous assembly at territory level; land rights legislation that saw important tracts of land reverting to kanak tribal ownership; transfer already of all government powers to the territory except for the external competencies of trade, defence and foreign relations; aggressive spending from metropolitan French budgets on education, health, roads and other infrastructure.

On top of that, especially due to an enormous nickel mining and processing industry, it is a prosperous land, with the highest per capita Gross Domestic Product in the South Pacific, ahead of New Zealand – though definitely not balanced and equitable.

The explanations of a “no” vote are plain enough there: many people have reason to be content with the status quo.

More reasons lie in the demographics, which say that while the independence side is mostly a community movement of the kanaks, they don’t have the numbers. 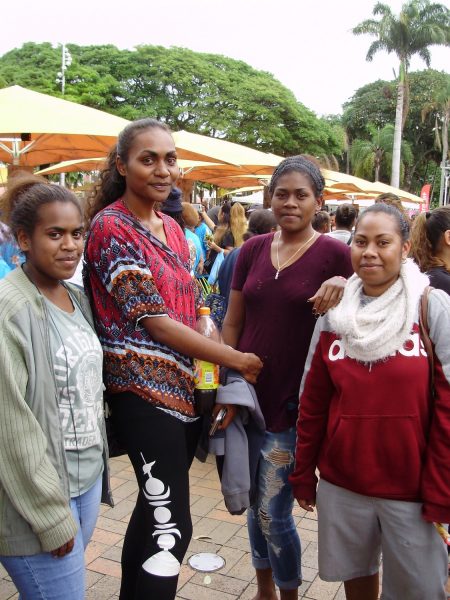 Of some 278000 residents, just under 40% are kanak (compared to 44.8% when the Matignon accord was first negotiated in 1988), European French 27% (33.5%), and a large group called “others” in third place, with 20%, up from only 4.5% in the four decades. These are the “modern” New Caledonians who do not declare a racial or ethnic identity, a multi-cultural grouping including many in so-called mixed marriages. Those people might be making the calculation this weekend, as to how they would go, under a continuing French regime, or an independent state more dominated by kanak interests. Similarly 13.5% of the population are from additional groups (mostly Polynesian people from the Wallis-Fortuna islands, plus Vietnamese, Chinese or North African). Once again the question will be whether to go with the French or kanaks, and the answer so far is stay with the status quo.

However, the status quo, while offering prosperity, is a manufactured one that started with the displacement of a large indigenous population during an initial phase of colonisation – so it may not guarantee the continuity and security that it seems to promise.

Many kanak people have been won over by the sincerity and generosity of the French campaign to keep the territory, while holding open a real chance of getting independence through the ballot box.

Many others are not won over, or if fairly neutral in their view of the issues, explicitly understand and sympathise with those who are still untrusting and unreconciled to any kind of French rule.

As said one senior kanak leader, Andre Qaeze Ihnim,  discussing the radical demands of some young independentists, “they are not angry for nothing”.

It is unclear whether the pre-referendum polling has got through to capture the feelings of people in more isolated tribus, further-out villages, who may yet vote, but there is evident strength of feeling in such parts.

The drive for everybody to live together cooperatively, vivre ensemble, under the two flags flown together everywhere – kanaky and France – comes up against a more visceral anger and longing for the homeland ideal.

“On est chez-nous, c’est a nous”, is the saying, heard often: this is our home, it belongs to us – not them.

Is this a foreboding of violence, if hopes of change are smashed?

It is plain to see that the material circumstances of life are better for European French and worse for kanaks, over-all.

The pro-independence argument is wrapped in the proposition that a new government can use proceeds from mining and perhaps an international development fund to alleviate poverty and distribute wealth more evenly.

Some kanak interests including the relatively small Labour Party have declared a boycott of the referendum saying that the Matignon process was sold to them falsely as a pathway to independence.

The Matignon agreement was itself born of violence, a near insurrection in 1988 that culminated in kidnappings, murder of police and the assault at Ouvea island which saw 19 kanaks killed.

It happened after a revival of old-style colonial dominance from Paris, a “hard line” on protest declared by conservative politicians, and vote rigging to ensure the kanak interest was swamped by a blow-in population allowed onto the rolls.

The calm that followed has often been disrupted by local conflicts: industrial action that would lead to road-blocks and clashes with the gendarmes, isolated trouble at police check-points, and armed attacks on police over recent months.

The French authorities are preparing for trouble.

The strength of the para-military gendarmerie which patrols rural areas has been doubled this year with reinforcements from metropolitan France, and a second force is on stand-by in Tahiti.

Local news media are letting out such information while playing the game of everything-is-fairly-normal, running general community coverage and debating-club treatment of the referendum issues.

A recent case was the news of a juvenile detention centre being converted into high-volume dormitory space in case of the need to detain rioters.

The “French” settler party, the Rassemblement, has contributed a provocation, by challenging the Matignon promise, that if there is a “no” vote, it will not be final – two more referendums can still be called. https://www.lnc.nc/article/nouvelle-caledonie/referendum-2018/politique/nous-devrons-veiller-a-ne-pas-nous-faire-voler-le-resultat

The party leader, Pierre Frogier, says that if there is a very large “no” vote this time he will go to the French Senate to try and change the constitutional law on New Caledonia, so there will be no more referendums.

The incident demonstrates an inevitable toughening-up of attitudes on both sides, in this case an urge to not only inflict a decisive defeat on the kanaks but stick it down their necks.

In this climate the option of a peaceful outcome, with the French government already indicating it will not take back any of the autonomy so far given to the territory, can be pushed aside by anger coming out of disillusionment, humiliation and despair.