The scene was a crowded sports bar in Noumea, New Caledonia, out in the mid-Pacific, towards 4 am local time, and 500 spectators dared to believe it was about to happen. 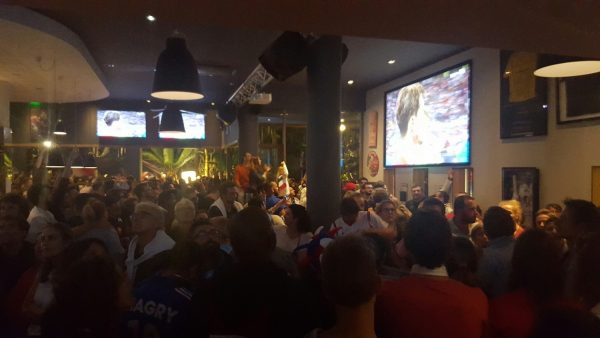 The territory is French, although set to vote in November on independence, but for the night any and all divisions were being put aside.

The moment of victory was received with the traditional outburst of bellowing and tears.

As it says in the song they kept singing, the Marseillaise, “le jour de gloire est arrive”, the glorious day had come; the second time for France – they won also in 1998 when the tournament was on home turf. 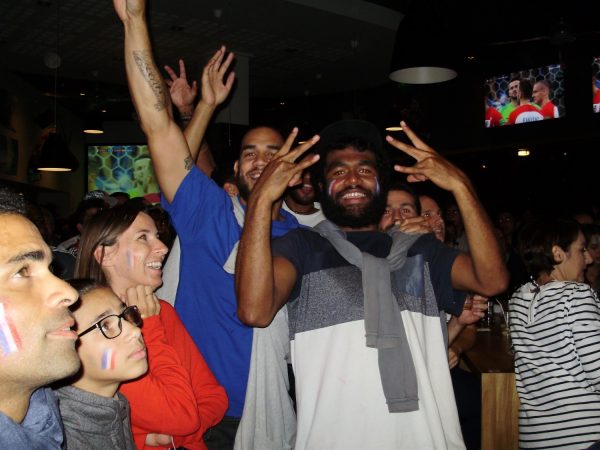 One insightful summary of the Final, played in Moscow, was provided by the New York Times, not generally supposed to be the home of that particular sport.

Appraising the game in which Croatia played hard and maintained pressure until the last, it had a simple verdict, France was the recognised “best team” this time around:

“France’s first goal arrived off a Croatian’s head, and its second only after the intervention of the Argentinian referee. But it was the next two goals, the low, hard shots that crowned its latest generation of stars, that confirmed what everyone knew even before its 4-2 victory over Croatia was completed. France was the best team in the field this Summer in Russia, a potent mix of greatness, grit and good fortune…”

The favourite man was again the 19 year-old French forward Kylian Mbappe, declared the young player of the tournament, who marked his night by scoring a goal and high-fiving a protestor who got onto the field.

The protest in question by four women who ran-on costumed as police, was by Pussy Riot, the feminist campaign group that regularly takes on the ex-KGB strong-man Vladimir Putin.

The Russian President was able to see the on-field proceedings from his prime vantage-pot in the stands; millions of television viewers got a quick-cutaway glimpse.

Based around the punk group Pussy Riot, the movement has distinguished itself with shock tactics like public sex or protests in church.

The members have received international support in defence of the members’ human rights, and are often enough affronted by angry members of the Russian public who don’t like what they do.

Three members were prosecuted for “hooliganism”, an old Soviet communist charge used for dissenters, in 2012, two spending a year and a half behind bars.

The demonstrators this time, now gaoled for a fortnight and banned from going to the Football for three years, had already posted their demands:

Followers of the World Cup also at the “end of the world”, the Australians, will recall their team, Socceroos, going down to France 2-1.

As in the Final, France on that occasion became one of the first contenders to benefit from the use of GLT, goal-line technology, for one of its goals – nothing to detract from their eclipsing overall strength.