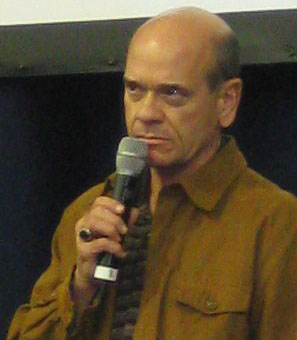 Thousands of avid gamers turned out for the event, with many dressing as their favourite video game characters.

The Emmy Award nominated Picardo – of Wonder Years, Stargate  and China Beach fame – spoke to a crowd of hundreds about his career, including his strangest fan gift.

“One of the fans carved headstones and he gave me my own one,” Picardo said.

“So you can imagine how hard it was carrying it home in my aeroplane luggage.”

Picardo joked he told the flight stewardess he had “a bad feeling about the flight”.

The actor who has played a doctor in both Stargate and China Beach said he turned to acting while studying biology at Yale University, America.

Picardo claimed he has found sci-fi fans the most loyal despite the genre not receiving much professional recognition.

The event has been running for over 40 years and now travels to in excess of a dozen countries after originating in America.