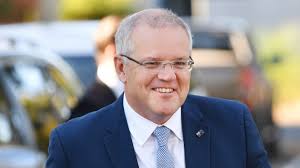 Scott Morrison’s chant over “people wanting their lives back” recalled some 200 young men dead in Vietnam, conscripted by his political party, the Liberals, who cannot have their lives back.

“People want to come together again and want their lives back and want governments to stop telling what to do and them stepping forward in their own future”, Scott Morrison said on 18 November — accusing opposition parties of wanting to “control people”.

The neo-liberal rhetoric about how bad it gets to have even responsible government and laws, claims to put “freedom” first, above all else.

The idea has been, “free up” everything, and everything will go well; just get governments off your back, they would say.

It goes into economic life where “anything goes” can extend to deregulation (as with the construction of home unit complexes that fall down), to privatisation (providing fire-sales of taxpayers’ property for the richest constituents), criminality (see rorts, see the Paradise Papers and Pandora), attacks on cultural institutions (see attacks on arts funding and the declared policy of selling the ABC), to over-production and abuse of the environment.

Even in the early 1970s, with the Australian army still in Vietnam, neo-liberalism was fast becoming the core policy of zealous Liberals and their National Party associates — “white shoe brigade” wheeler-dealers at places like the Gold Coast.

AT ODDS WITH GRANDFATHER BOB MENZIES?

Still Scott Morrison, the Prime Minister in 2021, would be at odds with his political grandfather, Robert Menzies, if he really put freedoms totally up front. 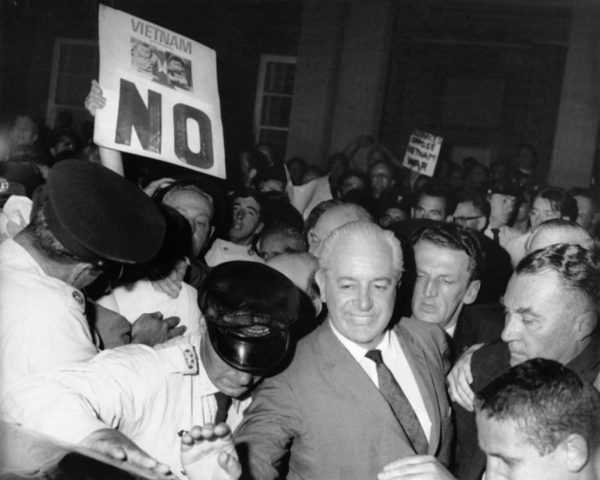 Then Prime Minister Menzies, as the architect of “National Service”, ensured an electoral victory for his immediate successor, Harold Holt (pictured, in crowd), in 1966: the idea of supporting the troops, blocking communism and pleasing the Americans won out over public distaste for conscription. 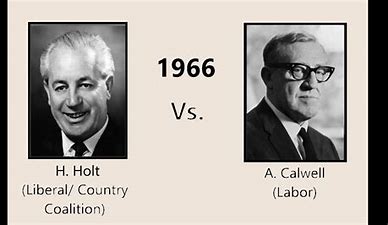 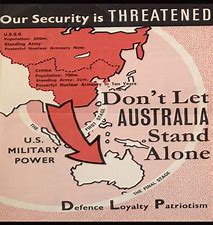 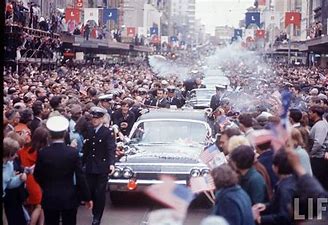 The call-up itself was cunningly done. It enabled a commitment on-the-cheap, getting up nine light infantry battalions for Vietnam, each heavily diluted, almost 50%, with troops on National Service.

There was no freedom about it. Boys had to sign up at 19, nearly two years before they could vote. There were some ways out for quick thinkers and the lucky, which could deflate potential opposition:

It was males only so over 50% of youth were automatically exempt. Selection was by ballot so you were exempted if your birthdate did not come up. Some could get exemptions to help run Mum and Dad’s business, or their farm. Students and apprentices could defer, and spin it out further, for example by taking on extra courses, then adding probation time in their job.

That all meant the main treatment, the Liberal government telling them what to do, indeed yanking them out of their lives to be sent to war, was disproportionately dealt out to many of the most vulnerable. The consequences would be plain to see: 200 lives terminated abruptly; many other lives, once blocked from making their own choices (not able to “get a cup of coffee” as they wished), systematically ruined.

Overall Australian casualties amounted to 3000 wounded, over 1200 of those being conscripts, and 521 dead, 202 being conscripts. Sixty thousand served in Vietnam, 15381 conscripted to go.

Other estimates of these losses come out a bit above or below, mostly due to differences in the methodology.

ALL JUSTIFIED AS NATIONAL DEFENCE?

Except that, Australia at war in Vietnam was never united as in the national emergencies of the First World War (no conscription) or the Second World War (conscription limited to service on Australian territory including New Guinea). The country was gravely divided, with a very large, after 1966 always growing minority opposed to the Vietnam commitment.

The major Opposition party, Labor, categorically opposed the commitment and campaigned for election on the vain hope that public revulsion against conscription would get more votes than support for the war. Liberal splinter groups, called Liberal Reform and later the Australia Party, also lined up against conscription and the war. This undermined moral support for conscription from the beginning and turned the hard numbers against it.

Yet the Liberals’ blockbuster victory in the “khaki election” of 1966 had put down good ground-work for the successors of Menzies through to his political grandson today. Labor needed six years to wear it down. There was then global recession (“stag-flation”); the world had become a different place, and one feature of it was a new and persuasive cult, powered by grubbing for money (under the slogan “greed is good”): the financial ideology of neo-liberalism.

As an aside, this writer encountered Prime Minister Holt, successor to Menzies, during the said “khaki campaign”, at a function where the topic was providing incentives to push investment and settlement in Northern Australia. “You can’t regiment people”, he said — creating something of a bewildered silence. Some “regimentation” was in fact literally in the works; the conscripts were being posted to the Royal Australian Regiment.

Scott Morrison has certainly felt at liberty to deploy freedom of speech at will, any-old-how, not actually caring to say necessarily the same thing from one day to the next, nor bothering too much with facts.

Paradoxically, under the Morrison Liberal government over 30 000 Australians have been banned from re-entry to the country throughout the pandemic to date, against normal constitutional rights — no government arrangements ever made to air-lift them back in numbers.

Could that be less important than the right of somebody who might be carrying a deadly disease, and won’t do anything about it, to go out for a coffee?

Maybe it would have struck a chord with grandfather Bob, who was himself prone to withhold visas and even passports to keep out communists and “fellow travellers”.

QUOTES FOR THE RECORD

On Thursday 18 November, the Australian Prime Minister was called on to explain his expressed sympathy for the cause behind extreme-right demonstrations, replying:

“I have no sympathy with that agenda. But for the broader view of Australians who have done the right thing and got vaccinated, and want to come together again and want their lives back and want governments to stop telling what to do and them stepping forward in their own future … That’s the cause I have sympathy with.”

“We’re not in favour of mandatory vaccines imposed by the government … Businesses can make their own choices under the law, but we’re not about telling them what to do or telling Australians what to do.”

“As we get above 80 per cent in particular, which the scientific advice shows us and the research shows us, that means Australians can have their lives back … They should be able to go out and get a cup of coffee in Brisbane, when you’re over 80 per cent regardless of whether you’ve had the vaccines or not.”

If it were not coming from the head of government, this might be dismissed as a confused man, maybe not too bright, not reading his briefs, but with a tinpot talent for spin, grabbing at something to say to get him out of trouble for a while.

If he is saying the demonstrators themselves are motivated just by lock-down fatigue and a yearning for simple freedoms of the time-before, reasonable observers might disagree: the mob seem too angry, organised, tinged with hysteria, too menacing for that. If themselves marginal to society, they might threaten a disruption of democratic life should senior mainstream political leaders cow-tow, and provide the encouragement of saying they are “understood”.

VIOLENT FRINGE OF THE LIBERAL PARTY?

Is this a violent fringe of the Liberal Party? 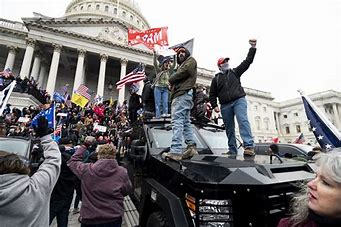 Are they copying the Americans and is Morrison copying another father figure, Donald Trump, who as US President, after a wild night of bigotry let loose on the streets, declared there were “good people – on both sides”?

Plainly his impulse was to hold on to votes on the right-wing side, an impulse repeated with the attack on the United States Congress on 6 January – the violent fringe of the Republican Party acting out a charade of insurrection.

If grandfather Robert Menzies should be watching he might have advice for a head-strong successor: “Don’t talk about understanding them; they can’t stand to be counselled; they might want your head instead.”