Much hangs on the opening of correspondence between Buckingham Palace and Governor General Kerr in 1975 – even whether Australians will get their own republic.

The historian Professor Jenny Hocking richly the Order of Australia for her work getting access to the letters, culminating this week with a High Court decision allowing her to see them.

Her professional motivation is clearly stated. “It’s about our history, it’s about our knowledge of our history, but it’s also about having control over our own national archival resources,” she told the High Court.

But the work indirectly may produce consequences not on her list, specifically because of Australians getting control of the archive and obtaining knowledge about that part of their history.

Under terms set up by Sir John Kerr (pictured above) the papers were archived as personal, not governmental, and so did not open to the public when scheduled in 2008. Not only that; he had a provision that Prince Charles could lock them up forever if he wanted. Hocking wanted to know what was in them and took it through the courts, suffering legal set-backs and some public criticism, giving erudite accounts of how she was going, along the way.  It’s believed there are hundreds of documents, along with the letters; the professor should be in for a long, careful, detailed read.

Charles and his mother were in communication with Kerr in the lead-up to his dismissal of Gough Whitlam as Prime Minister.

One crucial aspect of the episode was that Kerr acted deceptively, and therefore in a partisan political way. A former judge, he knew that if he had told the Labor government what he was thinking, Whitlam could have acted to get him removed.

REPUTATION OF THE QUEEN 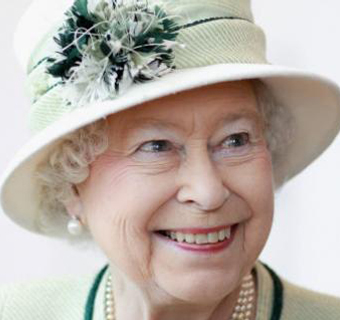 In his undisclosed correspondence with the royal family in England, did they help him to set it all up?

It has a huge bearing on what people will think of the Queen (picture), and therefore of the idea of British monarchs ruling over Australia.

She is known and richly admired as the head of state, as a person who, through her conduct and words, would not let you down – dutiful and gracious. Recognition that the position of sovereign is part of a network of privilege and far from native to Australia, got balanced by the emotional impact of her constant, attentive, evidently respectful presence in the lives of so many Australians since childhood.

SHOCK TRANSFORMATION ON THE WAY?

Let us not mince words: instead of dutiful and gracious, she could come over as a savage and deceitful old reactionary, and a cunning one, covetous of power, power not really belonging to her, but the Australian people.

So, Elizabeth II might be cleared of wrong conduct, or end up on one side of a bitter partisan row.

As for the son, Charles (picture) is most widely suspected as a classic dolt, his well-meaningness perhaps wrapped around a cruel aristocratic core. The worthy interests in organic horticulture and classic architecture compete with ire in sections of the public, clinging to his part in the disastrous marriage to Diana Spencer.

Were he to be outed for malicious dabbling in Australian party politics; upon the death of his ma-ma, as he calls her, could Australians reasonably be expected to accept him as head of state? 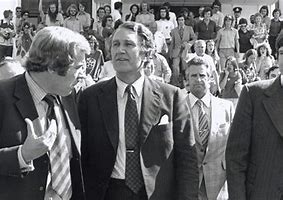 One other figure likely to come under review out of all this is John Malcolm Fraser, the Opposition Leader whose hush-hush meeting with Kerr led to him getting commissioned as caretaker PM – on 11 November 1975 (picture, Fraser, 1975).

Malcolm Fraser like many an upper class type made sure he had a good reputation by the time of his death, five years ago. He’d shafted Kerr, for being drunk in public, had ‘liberated’ Zimbabwe (not his fault how that turned out), supported human rights and befriended the natural environment. Yet his name is linked forever with 11 November 1975 and if others in that game are to be called into question, so must Malcolm.