Red Alert for virus in the ‘Third World’: what conflicts ahead?

A red alert has gone out about a new global catastrophe after the coronavirus pandemic, with its seat in countries already facing dearth and collapse through poverty and war. 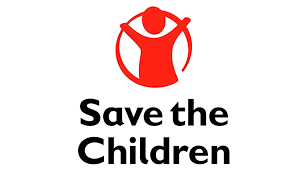 Fears exist for several countries with fragile health services as the virus moves, not so fast as in the developed world of global travellers,  but fairly constant. Save the Children has appealed for emergency aid to get help to 15-million children in the beleaguered regions of Yemen, Northern Syria and Gaza. For the entire population, Yemen has had six years of war destroying the infrastructure of society; in the Syrian conflict, government and Russian armed forces have been pushing to end the last resistance of rebel forces, bombing residential areas, and hospitals where the victims go for shelter; Gaza with its refugee settlements is one of the Earth’s most densely populated places with very limited medical services and even water supply.

The humanitarian system is facing unprecedented uncertainty … Over the last 10 years, the requirements for emergency relief programs have consistently outstripped resources – before the outbreak of Covid-19, efforts were aimed to address the needs of 166.5 million people in 35 countries, despite limited funding and capacity. And now, major crises, such as in the Democratic Republic of Congo, Syria, and Yemen, are seeing the potential implications of the spread of Covid-19 among highly vulnerable populations.

POVERTY, WAR AND NO MONEY

Rich countries have been worried about over-committing their borrowing to pay for COVIT-19, seeing a blow-out of debt as a percentage of Gross Domestic Product, some already heavily committed. Japan owes 238%. European states besieged by the epidemic are compromised: Italy 135%, France 98%, Spain 95.5%, the United Kingdom 80.8%. Singapore, skilled in disease management, and still having problems, in 2020 has 112%; the United States 107%; Australia is better situated — 40.7% of GDP. In humanitarian relief for storms or earthquakes, and development assistance, some of these have been generous in the past, but what can they offer now against a wave of emergency everywhere around the globe?

“NATURAL CAUSES”, AND SMOKE AND MIRRORS

Beyond poverty and war, ideological fixations keep hindering policy moves in the campaign against both the virus and economic ruin. Government leaders, especially of the extreme conservative persuasion have stayed close to form, looking to spin the story for favourite constituents.

America’s Donald Trump, in one of his fitful shots-from-the-hip, took up the “natural causes” argument. America might soon drop all economic and person movement restrictions, and “see what happens”. Some indicators of what could happen are in the history books, tallying up horrific death tolls from the Plague or Spanish flu. He may have been talked out of it, but the allure of pitching this to his chanting followers, as a show of defiance and denial, must be strong. The man’s associates and ideological bed mates have the same impulse to deny and put on a show. Scott Morrison, Prime Minister in Australia, tinkers with the approach: spin first, do something popular, let the public feel good for a while — they can go to the football and keep the children at school.

The outstanding player in the zone is the radical right-wing President of Brazil, Jair Bolsonaro, a climate change denier, who says CORVID-19, also, still isn’t serious, and measures against it are “hysterical”. He has been out campaigning, smooging with large groups on television. It has brought huge criticism, from state governments in Brazil who have been trying to bring in safety measures, and critics outside the country he’d be happy to ignore. So far Brazil has 2924 Coronavirus deaths.

Bolsonaro’s “natural causes” proposition, discussed here and there in neo-liberal, “economic rationalist” circles: keep the economy going, accept heavy human casualties, see if there’s a great recovery – which everybody still alive can enjoy. They may argue, the stronger economy can actually mean more lives get saved further down the track. It’s a theory with a kernel of wrong – unless you don’t prioritise human life.

MEDICAL THREAT IN THE PACIFIC

Australia’s special interest in the South Pacific countries was proclaimed last year in reaction to growing Chinese influence. Morrison did some marketing, dubbing them “family” and featuring on a Rugby training ground in Fiji. These remained countries with desperately inadequate health care services at the outbreak of the pandemic, where medical help to the region had actually been cut by Australia since 2014. The government’s reductions were ideological, against “multilateralism”, pulling out of far-flung places like Africa, though with most of the residue still going to the Pacific.

Slashing overseas aid has been a war cry of radical right politics, their governments conscious it appeals to elements in the electorate, mostly racist, who might give it some votes. This year the islands got a catch-up on the medical support, getting some of Australia’s pandemic funds. PNG for one has been looking for $500 000 above the $20-million it will use from its existing Australian aid package against the disease. At the beginning of April 114 COVID-19 cases had been identified in at least eleven Pacific countries and territories.

The minerals rich autonomous French Territory of New Caledonia has been setting a good standard tackling COVID-19, with quarantine in requisitioned hotels, movement controls, closing of schools except centres for essential services families — all weeks before similar moves in Australia. A couturier gave the lead in community self-sufficiency, making masks for the health service, again weeks ahead. Knocking up hospital gowns and the simpler masks, made to standard specifications, should not be beyond the range of Australians still able to sew, if mobilised.