Big swings where they happen speak loud and clear. That can be said for large sections of Australia on 18 May, which saw the Liberal – National Party government of Prime Minister, Scott Morrison, returned to power. (picture – Morrison claims on election night)

For a grass-roots perspective Lee Duffield checked out the queues of voters in the Northern swing-seat of Herbert. He rounds up the national outcome and its reasons, says polls were not all that wrong, considers growing power of digital media, and sees some pointers to what happens next.

Point One is to get the outcome in perspective. It is fully understandable the winners last Saturday would put on some triumphalist shouting and demonstrations of great relief. The win actually has emerged as a majority of just one in the House of Representatives; something always seen as a slippery slope, for example deadly for a government if dangerous conditions come up like a world recession. Formerly, as when the Menzies government was on the edge in 1961, the Opposition had all the other seats. This time the government has a buffer of three independents from conservative areas, from Indi, Kennedy and Warringah who will generally have to back them – but it remains most tight and is worse for them in the Senate. At time of writing in nett results the government got three more seats and Labor lost one.

Observing at the polls can produce some useful insights, such as, many refusing how-to-vote cards. Party workers put the knock-back figure at well over 30%. It looked like engagement, decisions definitely made.

It also suggested the importance of digital media where more people can do their decision-making away from the crowd. There is after all much more information obtainable than ever – information also selectively got, unprecedentedly skewed towards the pre-set appetites of the person buying it. More than one-third voted before Saturday, feeling no need for assistance from party campaigns, several making plain they would actually like to vote on line. So grass roots campaigning, like the successful community-based push against former Prime Minister Tony Abbott, delivers power, but all forces have to factor in the “cyber-world” more.

At the state school polling station, in many cases, mainly younger, the phone ruled, both for getting there as well as accessing the how-to-vote. Two key types moving fixedly through the party stalls and sausage sizzle:

An aspect of electronica also is its contribution to elections noise. The Director of Griffith University’s data mining laboratory Bela Stantic  says he picked up stupendous traffic in social media and got an early accurate prediction of the election result. It turned up themes that were being sounded off in the saturation campaign run by the business tycoon Clive Palmer. That was based around projected objections to the Labor platform, built up into slogans by hired guns in political communication or advertising. Labor managers say they began hearing the language of the Palmer ads in their focus groups. A further case of electronica is the financial assets manager, Geoff Wilson, able to push his message against cutting franking credits to thousands of receptive retirees via robocalls.

The outcome of the Palmer campaign, no seats won, confirms long standing doctrine that propaganda has limits; you can’t just push a message button and get a result you want. However, people will pay attention to messages they already have their own reasons to like. The avalanche of advertising did add some $70-million dollars’ worth of Liberal Party noise to the campaign. It has also added to the understanding that generated stories, even lies can get very readily believed — with such a great share of life now being lived, or rather interpreted outside of real-world experience. As said, parties have to keep up to date with this “imagined” world as well as the real world of policies and politics, and treat it as seriously.

But the 2019 election was decided by real world facts not digital smoke-and-mirrors by any party and the reasons were spotted quickly in commentaries. They’re saying it was a complicated Labor package that the other side could easily distort. It proposed change, causing fear of economic trouble and hip-pocket nervousness among retirees. The Liberals used simple messages attacking “Labor taxes” handled with able showmanship by the leader Scott Morrison. The coal issue in Queensland especially stirred up fear about jobs, allowing the right wing to rubbish anxiety about climate change. The Liberals had “lived down” much of the bad feeling over their splits, for now, after rejecting Abbott, Turnbull and Dutton, and copping losses in by-elections.

The published polls were correct enough to show the Liberals could win. They’d been using samples too small for crude modern-day methodologies that rely on mobiles instead of talking with voters in person or by phone. That made the national two-party preferred outcome very unreliable especially with tight ranges like 51-49. As a portent, the close margin never opened out, and in any event very late surprise swings are always possible, as happened in the 1999 referendum on the republic. The 2019 polls improved with the State totals and individual electorates published late by News Corporation. They showed a likely eruption in Queensland and Northern Tasmania, and swings to Liberal in other areas, ones with a high working class profile and possible zones of poverty (like the Longman electorate based around Caboolture, or Lindsay in Western Sydney) – places most sensitive over jobs and general prosperity.

The geography pointed to disaffection among blue collar workers hearing messages that the Labor package would mean change that jeopardised jobs. That gets us back to the fluro guys insulting Shorten in Queensland.

Mining and old manufacturing areas are especially vulnerable to fear over economic uptowns and downers. And it is more complicated yet, if you accept that the goal in areas like mining is not just having a job but having a highly-paid one. Once again that gets back to the stony-faced guy at the polling station and whatever high-stakes game he was angry about. In a market-minded world the two key factors are fear and greed. In mining it is down one day with sackings, up the next with some big-money jobs on offer. Hence anxiety. Hence also the engineer confronting Bill Shorten at Gladstone, demanding he should support a flat tax “for his mate” when he hit $250000 a year. It’s been said before in these commentaries that even where wages generally go flat, and household debt is up, many folks can still see themselves as going well, “having a go”, anti-change.

Workers feeling that way may loathe the memory of a 1950s world where pay was low, the main option for getting a break was solidarity in the union, Labor governments assisted with free hospitals, public housing, single-desk marketing and co-ops for farmers, free education including a good TAFE system, state industries like the railways or meatworks for development and jobs, industrial laws based on conciliation. It’s a great scheme still delivering dividends to society, but then, as now, there was a tug-o-war between the idea of individuals competing against one another or communities cooperating.

Current great aspirations are not so much the classic development of more voters moving into the middle class, which all Social Democrat parties have had to accommodate. Right now, as with certain miners, it is mainly about getting a lot of money quickly; and about people deciding, that if some of their neighbours can get rich, they should be able to do well too. All this is another question for parties to work on especially Labor, especially in Queensland. Resource industries are concentrated there, metropolitan areas are outweighed by the regions, big swings are part of the political history of the State. There was especially the massive swing against the Liberals in 1961, then ones reducing Labor to two or three seats in the state in 1966 and 1975, similarly low after 1996 – and this year five out of Queensland’s 30 seats.

Labor may argue successfully that policies for job programs, schools and hospitals or environmental protection are wanted and needed but can get side-tracked by other factors. As is agreed in commentaries now, it happened in 2019 with the Liberal campaign against “Labor taxes” and the “threat” of economic change. There is an extra problem in this with lies and misrepresentation, e.g. claims of a planned death tax, not effectively countered by Labor with its swag of complicated stories to explain.

Where was climate change? Climate change as an issue gets blown away as a priority when economics and money intervene. A classic case was the European Union’s declaration of climate change as its first concern for the future, at its 50th anniversary in 2007 — obliterated as a priority within a year by the emergency of the Global Financial Crisis. Still the problem is not going away. In business terms the economics of coal-fired power in Australia, and coal generally has been faltering. The head of the government is the man who brought the lump of coal into Parliament. The strong right-wing of his party, climate change deniers, are still there in strength, baying for a prize – maybe at least one big government-subsidised coal burner for the electricity grid. Interesting is that almost all other interests in the country, from five of the six cross-bench MPs, to the business lobby, to Labor, trust the science on climate change and want major action against it.

What is Labor doing after the resignation of Bill Shorten on Saturday? The early indications are that front-bencher 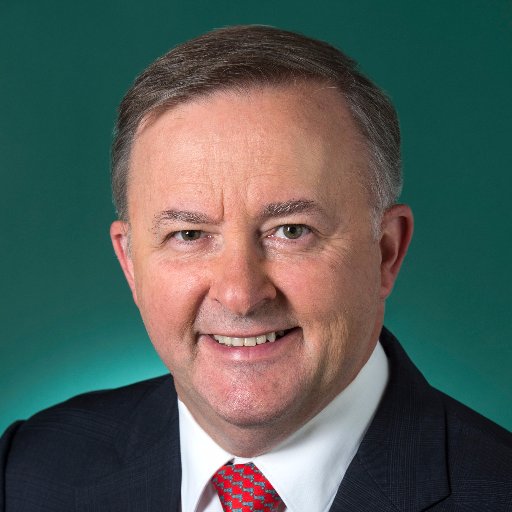 Anthony Albanese (picture) may now get his turn as leader. In the Labor Party leadership process the party’s rank and file voted for him six years ago but that vote has to be matched equally by a poll of federal Members, who are “influenced” by their faction chiefs, some from unions, others not. Bill Shorten’s (picture) right-wing backers got the numbers and over-ruled the rank and file to put him into the job.

On a question of style, the experienced Albanese who says he has “rough edges”, should have the kind of grunt to handle Morrison, giving him a touch-up, maybe every day. If the rank and file support him again, the faction managers will come under pressure, either to allow the Members a free vote or just hand it to the Sydney left-winger. The right wing side have plenty of candidates of their own for Leader or Deputy, including the less charismatic Chris Bowen, from New South Wales, or the articulate, younger Queenslander Jim Chalmers. He is a protégé of Wayne Swan from the Queensland AWU faction, who won the ALP Presidency in a national poll of rank and file members last year. Deals over the Deputy job could push out the current occupant, Tanya Plibasek, from the Sydney left, to a degree weakening Labor’s edge in strong female representation. They are push-and-shoving one another in the back rooms as we write.