Election 2019: How to ignore the noise so you can make a sensible vote

The din of the election season winding up with polls raising the possibility of a close result has been testing whether news media have a place in politics any more.

Lee Duffield says old-style bias and shock revelations have created the most noise approaching decision-day – but many voters haven’t even waited for the day to arrive:

It might be all over on Saturday before the voting starts if the numbers keep blowing out on early polling.

After the first four days of the three-week pre-polling period 500 000  had voted, after another five days it was one million — looking set to easily exceed the 2016 record of 4.5-million votes. That time it got to 31% of registered electors, very likely extending to many more people in 2019 with 16 424 248 on the roll. It must start to wipe out the idea of having a ritual election campaign, and given the rubbish going on would that be a bad thing?

The vote in 2019 has brought partisan media practices out into the open, a set of mainstream news media functioning as Liberal media: open propaganda, lines fed in from party informants, no effort made to temporarily “balance” the commentary, no bothering to engage in sophistry or fatuous defences of the practice, e.g. that complainants are the biased ones. Main players are usual suspects but this time going for broke:

One check on all this is the damage it does to credibility. There has been some tinkering with an old attempted sex-scandal story against the Labor leader Bill Shorten. However the consistent bias has undermined any potential impacts from some kind of last-ditch, last-days “king-hit” by these media. 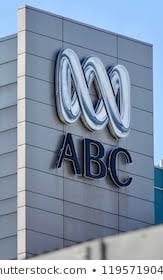 There’s emboldening also in orthodox media like the ABC which has made a heavy investment in its 2019 election coverage. While still committed to informational and reasoned reporting it has taken to heart the idea of being an independent “watchdog” ready to bite in any direction – no restraints on maybe looking biased.

This week saw the watchdog worrying at the obviously suspicious last-minute approval of the Adani coal mine by the nominal Environment Minister, Melissa somebody-or-other. Investigating journalists got documents from the scientific agency, CSIRO, equivocating on its advice to government on the mine – the report that formed the basis of Melissa’s “decision”. Similarly they dug up evidence of Scott Morrison as Treasurer considering tax measures over which he has been berating his Opposition, for including those measures in its manifesto.

White marks for ABC reporters attempting to “call power to account”, though that may be as impossible as holding back the sea if basic political morality is weak. A fragment of an example comes from the Scott Morrison policy speech last Sunday, where in a litany on “Labor tax hikes” he included “doubling” of capital gains tax. It was probably another “white lie”, referring to the Labor policy of halving discounts on such tax from 50% to 25%. There are plain limits to fact checking, explaining, interpreting when dealing with the deluge of unbridled language in a rough and desperate political campaign.

Elsewhere in the ABC, just in case people think the independent reporting goes one way only, Labor speakers have been getting “adversarial” interviews no “free kicks”. On Monday radio the shadow Treasurer, Chris Bowen had one woman jumping on him enough that he couldn’t get out a sentence and called for a truce: “How about you ask questions and I give answers?”, he proposed.

Incidentally the Liberal Party is offering News Corporation a big pay-off in the shape of an official policy overwhelmingly carried by its National Council. At last after almost a Century of lobbying and demanding by newspaper proprietors, the party has declared for selling off their great competitor the ABC. One of the company’s long-time and most flagrantly reactionary editors, Des Houghton, reminded the party of the undertaking in this week’s Courier Mail:

“Irritant of the Week. The takeover of the ABC by the Snivelling Left. The pro-Green, pro-Labor election coverage is beginning to look like propaganda. It’s just about time to privatise the ABC and make those who like it pay a subscription to fund it.” (CM, 11.5.19, p 53)

HOW IS DEMOCRACY DOING RIGHT NOW?

Whatever social changes have emboldened media players of different types to kick over the traces in commentary and reporting, does democracy actually suffer?

Getting back to the millions who take the opportunity to vote early, sometimes bending the rules of eligibility to do so; these are people who feel no need to wait around, no need to tune in at all.

It is after all an information age. There is utterly no longer any need for electors to depend on News Corporation newspapers for information; no call to go to political meetings to listen to, or yell out at jokester stump orators like the late Robert Menzies; no particular stimulus in seeing rude television presenters putting on 1960s style “David Frost” confrontations with political leaders, on behalf of “the people”.

Belonging to social media groups and “getting your news off Facebook” (as if), exposes you to a range of dangers, like getting trolled, hacked, lied to, mixed up in retailing baseless gossip or screwball tales of conspiracy.

WHAT ELSE IS NEW?

Yet, what else is new in human intercourse? These media are more vivid and pervasive but hardly more vicious and oppressive than old-style circuits: like talk-back radio, coercive service club networks, or semi-organised hour-long gossiping over the phone. They do have more capacity to engage participants on an individual basis where it is possible to hide behind anonymity while “communicating”, instead of having to be known. Participants being accountable for what they say is key. Otherwise, is the quality, character and dependability of it any worse than the egregious lying, half-truths and exaggeration prevalent in so much main media? Being mostly unregulated, online and mobile media have given the parties an avenue to continue paid advertising after the imposition of statutory broadcast TV and radio ad bans from Wednesday.

ADVERTISING BLITZES AND A CURSE ON ALL “POLITICIANS”

First footnote. Much loud and abusive media is contained in paid party advertising and here this year’s unprecedent media spend by Clive Palmer creates a rare chance to test-out saturation media. It’s cost some $60-million. The logo, slogans and persona of the businessman himself (contesting the sixth Senate seat in Queensland) are unavoidable but votes may indicate how much the message has been given attention.

Second footnote. How far does it go with the mantra that “politicians” and the “major parties” are destroying democratic life? Read and listen carefully to see which parties are most accused of dishonesty and neglect of what constituents are worried about. Much of it is actually a partisan matter, down to the Liberals and National Party in government. It is especially down to extreme right-wing ginger groups getting control of the party and policy, extra-especially their denialism and blocking national action against climate change. You get actions like a Liberal leader waving around a lump of coal in parliament, putting off many of the faithful. The Labor side in all this hyper-partisan raving has made a show of being patient — contempt and exasperation held in check.

BEING COY ABOUT YOUR POLITICS

A sign that “general” “despising” of “politics” and “politicians” is actually about the right-wing side, is the emergence of strong independent candidates. Maybe it is not so much a Labor problem. The independents are in regional or semi-rural areas very unimpressed by the National Party transitioning from agricultural lobby to ideological extreme right, as in the electorates of Cowper and Kennedy. Otherwise they are in bourgeois, “Liberal” suburbs, like the electorates of Flinders, Kooyong, Higgins, Warringah or Wentworth. The Mayo electorate is a bit of both. Only the liberal-minded independent Andrew Wilkie holds a seat with some Labor history.

It is an old tradition to be coy about declaring your partisanship, like voters interviewed on television pretending to be “impartial” and weighing it all up like some pocket judge. If the party representing your interests is upsetting you, it’s a way out to blame all “politicians”. Ask how far specifically which parties are straying away the most from their duty to sustain democracy with good information and open debate. All will get a serving of blame, but calibrating it party-by-party ought to give a better diagnosis of what may be wrong with the system – better and less dangerous First published in Independent Australia, 17.5.19than giving up on the entire scheme of freedom, “politicians” and “politics”.