New South Wales vote heats up the fight for Canberra

The success of Premier Gladys Berejiklian in the New South Wales election signalled some relief and hope for her party as the federal election approaches.

Lee Duffield says the vote drew fresh attention to the differing priorities of the parties, while also giving an example of how ideology gets handled in Australian politics.

Election night on Saturday 3 March was a quiet event reminiscent of the days of steady economic prosperity of fifty years ago. The state government had some money to spend on “state” responsibilities like roads, hospitals and schools; there was no major scandal; they generated no excitement but enough electors were satisfied to have them back. It was a begrudging result with a small swing to Labor and on the night the prospect of a tight minority government or a majority of one. 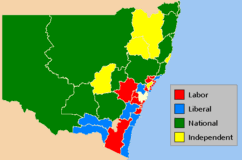 This has nowhere been called a “shift to the right” in the collective thinking of the people of New South Wales, most especially because thinking about “left” and “right”, or ideology of any kind was never featured. In the Australian way all action by governments is pragmatic and political debate does not especially deal with the plan behind it all. For example it is unlike the pattern of several European countries where parties come out with their philosophical position and then form multi-party governments. 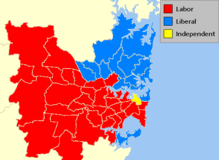 In New South Wales the Coalition government was able to satisfy voters by spending money. People appreciate government services and often in life they will need the support of democratic, good government. They were shown an infrastructure plan, for example, linking tunnels and motorways in Sydney that was under way, could be paid for, and would help with daily life. In that light the electorally successful Coalition state government in New South Wales was the same as the electorally successful Labor state government in Victoria last November, able to demonstrate it was delivering.

WHERE DOES IDEOLOGY COME INTO IT?

The government in New South wales had a mammoth building  program to advertise and got the money from selling off the public’s own assets — according to the Labor Opposition wasting some $14-billion of it.

What could be ideological about that?

It was part of the neo-liberal idea of having small government. Should the time come for another generational solution to transport and crowding problems, if there is a Coalition government and it has no more public assets to sell, any projects will be handed over to private industry to make money out of. That will mean tolls and exorbitant charges – like privatised electricity in 2019.

WHAT IS UNDERNEATH THE ARGUMENTS?

Ultimately argument about the ease of using a “market” mechanism for everything, American-style, comes around full circle to a pragmatic goal – the reality behind all the talk. It comes to essentials of politics, visceral, an iron fist of realpolitik inside a velvet glove of theorising and distorted rhetoric.

The right wing side want a transfer of wealth from have-nots to haves, with a direct-benefit aspect to the proposition. Wealthy constituents can buy into privatised industries at fire-sale prices, obtain subsidies for their businesses like the state-funded railway proposed for Adani coal, and get large tax cuts for themselves and their companies. It all ends with the direct benefit, “nice little earners”.

The left wing side want a transfer of wealth from haves to have-nots, though not so direct-benefit: the transfer goes through revenue raising, like progressive taxation, to fund benefits like public housing projects, universal health care or state schools. The general mantra is to support households through an economic down-turn, and when the economy is expanding fund reforms through growth.

The Berejiklian government did not get its success through arguing on purely ideological lines, that for example, it is better for the rich to get richer because they invest money and create jobs. There is a well-done counter-argument for that which says “trickle down does not work”, so there are no votes in arguing the case at that level.

There still had to be talk to explain the program, to go through the democratic process. So it was argued at a technical level, where the grand privatisation project was re-badged as “capital recycling”. With that idea, they sell off something like a controlling share in the state energy company, or the titles office keeping the deeds to the state’s real estate, and use the money for some needed new capital works – like the Sydney transport projects. If it’s not mis-managed it works to the extent that they might use the money for capital projects not for current spending. It will still drain off the overall value of the public’s ownership; it sells public decision-making in key areas to corporations like the Macquarie Bank, and by using these sales as its revenue, gives a marathon tax holiday to corporations and their wealthiest shareholders, wherever they may be in the world.

WHAT ELSE HAPPENED IN NEW SOUTH WALES?

The outcome showed luke-warm support for the Liberals (32.6% primary vote) and partner party the Nationals (9.6%), against the ALP (33%), with the Greens the only other party above 4% (at 9.5%). The seats outcome the day after the poll with nearly three-quarters of all votes counted was: Liberal and National Parties 46, ALP 35, Greens 3, others 6, three seats still undecided.

Independents and voters for minor parties like the Shooters or One Nation mostly favour the government but their presence in the tally shows up current divisions and weaknesses on the right wing. More extreme factions are either trying to take over from Liberal “moderates”, or get into parliament on the back of current anxieties about world-wide mass migration — under-pinned with dog whistling on race. 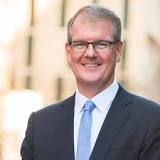 This time unexpectedly it was the Labor Party that lost ground on a race issue, possibly blocking off gains it had been counting on in Sydney. Past comments by the Opposition Leader Michael Daley (picture) were dug up, on the lines that young Australians were being driven out of Sydney because Asian doctoral students were claiming jobs and housing.

Election night saw a 3% swing against Daley in his own seat of Maroubra. Ten electorates are listed in journalist William Bowe’s Poll Bludger reports with more than 18% of the population of Chinese ancestry. Labor held four of those and did not lose any, but in Kogarah with the biggest percentage, 32.6%, there was a 3.7% swing against it.

Daley himself as a typical product of the NSW Labor Right numbers-blokes machine, loyal, not imaginative, was expected to face a leadership challenge sooner rather than later, and quickly resigned. A caretaker leader stood in for the coming few months. The outgoing Opposition Leader  had been slow enough to mix up his costings in a crucial debate, then protest it did not matter much as if Premier he’d be given his figures by officials. He might realise on reflection that Ministers need to be sharp so the officials don’t put it over them

One lesson from the “Asian” affair is that it can be death for political leaders in the current social climate to sound racist — becoming a problem for the federal Liberal Party particularly. With a high-visibility migrant population in several electorates its freeze on immigration may preserve a lot of votes. On the other hand its history with the “children overboard” affair and recent slandering of asylum seekers on Manus Island and Nauru may come back to bite it this year. In the minds of voters, does the snide government track record on race line it up with the Christchurch murderer and his mates out on the fringe?

Overall indications for the Liberal Party from the New South Wales election, before the federal election due in May, would have to be classed as good. They got a win after a string of losses in voter intention polls, by-elections and Labor’s major victory in the state of Victoria. Wins turn into believability and confidence. A loss last Saturday might have put the seal on a grand defeat this May, but it did not happen and they get to fight another day.