Lee Duffield caught up with the European Commissioner for Agriculture and Rural Development (equivalent to a federal minister), Phil Hogan and members of his negotiating team on the Gold Coast.

He says European Union officials who got the British in a tight corner over their secession from Europe – committing them to pay Brussels €39-billion (A$62.09) – aren’t backward putting their own interests forward.

The first things the Europeans have to say in Australia is that they put a category called Geographical Indications first and can’t really be compromised.

The GIs system puts bans on the use of European place names by outsiders for specially-listed products, as in the case of the existing agreement on wine, where Australian wine-makers cannot market a home-grown “champagne”, “madeira” or “prosecco”. (Some 1600 regions are listed and many sub-regions or communes – though the Grand Vins are well outnumbered by any number of local bull’s bloods, plonks or plinks).

GIs are reciprocal, the Europeans not allowed to copy the names of 65 regions like Margaret River, Coonawarra or Hunter Valley, should they want to. 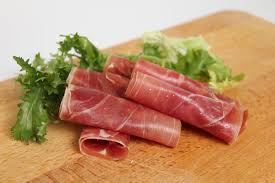 On the negotiating table this week is the same thing with foodstuffs, with potential arguments over a smorgasbord of candidates for the special protection in any future agreement: on Europe’s side their Roquefort or Parmesan cheese, Parma ham (prosciutto di Parma), or even pork pies from England – Milton Mowbrays; on Australia’s side, potentially Tasmanian whisky (if they bring in spirits), King Island brie or produce from the Granite Belt (to go with wines from the region already listed).

Should this be a problem?

It is big business and as said, the EU are very strong on it.

European officials have emphatically rejected a notion floated this week in  Australian media that they might be pushed to give way on some of their “GI” in order to get a general liberalisation.

(Similarly they were dismissing suggestions this week by some British interests that the €39-billion “Brexit” separation payment might be reduced if there is some form of customs union. The money is a locked-in deal, no more talk about that).

Agriculture and processed food products remain a main element in two-way Australian – European trade that amounts to €75-billion (A$120-billion) p.a. That’s even though Australian exporters of beef, butter, lamb, sugar or wool have moved on to new markets, forgetting about being locked out when Britain joined Europe – subject of much “buffalo diplomacy” in the 1970s.

POPULAR WITH EURO FRAMERS AND CONSUMERS

Phil Hogan (pictured, at Bond University this week), a leading Irish politician from a rural constituency before his move to Brussels, keenly lists the advantages to farming communities if they can get a badge on their local products; if it is cheese, milk producers can receive 100% better prices, sometimes the gains are much more.

It has to be a place name with strictly defined locations involving strong cultural associations and local traditions in production styles and techniques –consumers in Europe and beyond respond well to the cachet of such products.

The protection in Europe goes beyond ordinary trademarks, where the tm owner defines their product, and gets into the intellectual property area – actually tightly tied-up as a Regulation in European law.

The Commissioner said at a seminar at Bond University the definitions were strict to preclude free-riders, no copying products or invoking the name of a product in any way. 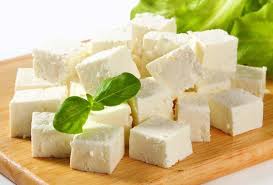 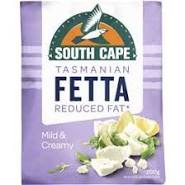 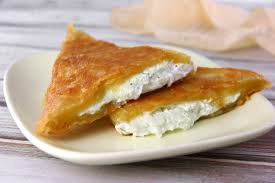 He was asked the question: What if a European producer outside Greece was able to make a brined curd white cheese from sheep and goats milk, tested it against the legally protected Greek Feta, called it something else, but advertised it as effectively the same substance, and cheaper in supermarkets?

No, wouldn’t be allowed.

“The European Union takes this regimen very seriously”, he said.

It was a warning that has been given out often since talks began between Brussels and Canberra on an overall free trade agreement last year.

He was working towards a meeting with Simon Birmingham (picture), the Australian Trade Minister, the next day, 13th February, and might have found Birmingham a distracted partner, considering  the much-acclaimed “historical defeat” of his government in parliament that day.

Beyond the priority attached to GI the EU sees many advantages for itself, to include: a way for their businesses to get access through Australia to the Trans-Pacific Trade Partnership, opportunities for smaller firms to export more, and get a better slice of Australian government procurement.

Two-way benefits are anticipated in “ambitious provisions on trade and sustainable development, showing a shared commitment to labour rights and environmental protection – including climate change.”

Most crucially it is projecting a possible one-third increase in trade in goods and services once a deal is made.

As a matter of perspective, a tentative start was made this year to talks on a bi-lateral agreement between Australia and the United Kingdom, if it should bumble its way to an isolated status this year – possible if it is not in a form of customs union with Europe.