A vote to clear the air on independence?

It looks like a simple case of voting yes or no to clear the air on independence for this far-flung French dependency.

But, not so easy.

WHAT ABOUT THE “DAY AFTER”?

The referendum on 4 November plainly is looking much more complicated than that, with any and every observer constantly talking about the “lendemain”, the day-after: what will start happening then?

In its background this prospective new country of just under 300000 citizens has to deal with the existence of two distinctly different main cultures and some history of violent conflict.

Much is at stake for many where a healthy economy, maintained by heavy mining of nickel, makes it overall a “First World” environment.

Predictably the battle lines exist between conservative political parties that want a “no” vote and centre-left or socialist ones that want “yes”; comfortably-off European settlers lead the “no” side, organisations representing “have-not” indigenous Kanaks are the standard-bearers for “yes”.

WHAT ABOUT THE MONEY FROM FRANCE?

Some 100 000 Europeans, overwhelmingly French have access to a comfortable “post colonial” kind of life where the French state still contributes directly, and strategically a hefty percentage of the territory budget – over A$1.5-billion a year. Much of it is pay for public employees.

Still four months out from polling day, debates have started around this money and the existence of first class government services, from parks to roads, extensive electrification, a new hospital, steadily improving provision of education.

The right-wing side are suggesting it might well be pulled out, on the “day after” if the vote is “yes”, and have been circulating a certain saying, about the Kanaks’ claim to New Caledonia and its riches.

It is, that they want “le beurre et l’argent du beurre”, both the butter and the money for it, or something like having your cake and eating it too.

It is a rejection of claims by independentists that on the “day after” they would be looking to keep up a close association with France – or would be able to. 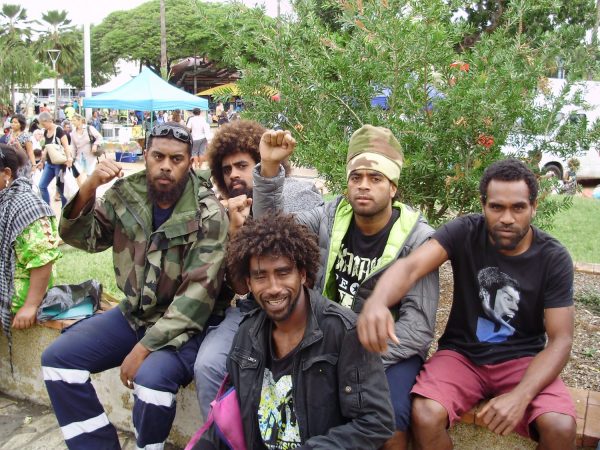 As an argument it has bumped onto a semi-submerged reef, in the form of  a counter-argument that supports having negotiated settlements, and underneath that a more basic moral argument about personal identity: that Kanaks are the original owners, collectively wealthy stakeholders entitled to high status, who have in fact already contributed heavily to the entire deal.

Comments: “This country belongs to us. We are in our own homeland here. We are at home.” As well: “It is always the same, like the Australian Aborigines, white is higher up and black is lower down”.

Five Kanak high school girls nearby – Zanako Laue, Sevena Hnalep, Eliane Read, Rosemary Wenehoua, Morgane Maperi — “voted” three-two for “no”. The “yes” advocates said it was for the “freedom of the people”, the “no” supporters said “we are not ready”.

EVERYBODY NEEDS A PLACE IN THE SUN 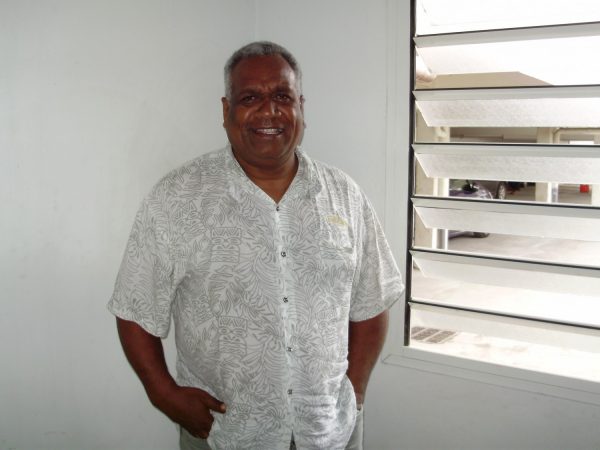 Andre Qaeze Ihnim as a Kanak leader and part of the management of the Kanak broadcaster, Radio Djiido, says “both the Kanak community and French should find a place in the sun”.

He is concerned about strong expectations being raised and a possible return to ethnic conflicts at a time of independence — “if there is not enough to share”.

“We are talking to our young people.

“In our movement some people are more hard. They do not any more want to talk about sharing, and say we want the French to go home”, he says.

“We ask them, if you would do it like that, then what would you do after that? They may give expression to anger in their hearts, but are always asked what they would do.

NOT ANGRY FOR NOTHING

“They do have some very good ideas but those would still need finance, technology and organisation. They are not angry for nothing, and we take the time to listen and explain.”

What would the Kanak independentist movement itself set out to do, if they found on the “day after” that independence had been achieved, and they could get into government?

“We would want to manage through consultation and a kind of negotiation, and would say, if you want to stay in the country, for it to be managed like this, then come and stay.”

A priority would be to improve conditions for more people with higher priorities given to jobs, health, housing and education.

“You can see around Noumea that people don’t have houses to live in, plenty of youngsters don’t have jobs, there are basic needs like  eating and clean running water — we have to find solutions to this social and economic difficulty.”

He mentions a tax plan being proposed to bring down 80% of proceeds from mining that was leaving the  territory, which would split proceeds 51% to state finances and 49% to companies – but acknowledged obstacles to getting such revenue.

“We have had the thirty years participation in government and can show we have the experience to do this.

“We know that when you invest in a coconut tree you might have to wait over 15 years to be getting enough fruit to sell, but our opponents are trying to say we think it will be possible to get it right away.”

Independentist political parties have been publishing economic proposals, like a recent document from the Caledonian Union (UC), premised on a continuation of French contributions through state budgets or a development program, suggesting some budget re-prioritisation, a possible state development bank, and reduction of salaries budgets affected by structural bonuses paid to French public servants, (those bonuses also currently being challenged in France itself by the government of President Emmanuel Macron).

In other considerations: income from hosting French warships and military bases, where that country sought to maintain a geo-political interest in the Pacific region. In the campaign warfare now starting to roll out in news media, none of that is accepted as detailed or costed well enough to explain an anticipated financial hit from French withdrawal.

In a territory where conservative interests have a majority among French voters, anti-independentists are the most at home in campaign politics run through media, and have rolled up a strong lead in opinion polls for the “no” vote.

Some of those want to get a convincing win that would persuade opposition politicians to give up on obtaining a repeat referendum – which they would be able to do under the terms of the Accords, the long-standing agreements on New Caledonia brokered by France.

The strongest expectation on almost all quarters is that “no” will win, and the “morning after” will see a new edition of the present system – cooperation, participation and a drive for consensus where it can be got.

Many public comments now coming from individual community leaders are in step with an intervention in the media this week (19.7.19), by Philippe Gomes, a centrist, former conservative member of the French National Assembly, and long-time political figure in New Caledonia:

What follows from such advice is that past the short-term, there must be reform to meet grievances and allow major change if necessary.

A taste of the potential dissatisfaction that can follow the referendum was given out this week by the separatist Labour Party which has a seat on the 54-member New Caledonia assembly. It has decided on a boycott of the poll, saying their side had been given to think independence was meant to follow the Accords – but they’d been “led up a blind alley.”

That disruptive act formed part of the current political mood, where members of the political community, already, are also jostling for position ahead of general elections next year. One of the conservative parties changed leader, elected members from another boycotted  a round of negotiations with the independentists, a senior parliamentary officer was removed from his position with the Senate – all part of “normal” politicking in potentially very abnormal times.

SCENARIO ON THE GROUND

A way of seeing the scenario for New Caledonia is in its geographical expression on the main island, Grande Terre.

The South, taking in Noumea and surrounding areas, is well set up, running like any prosperous regional city in France. 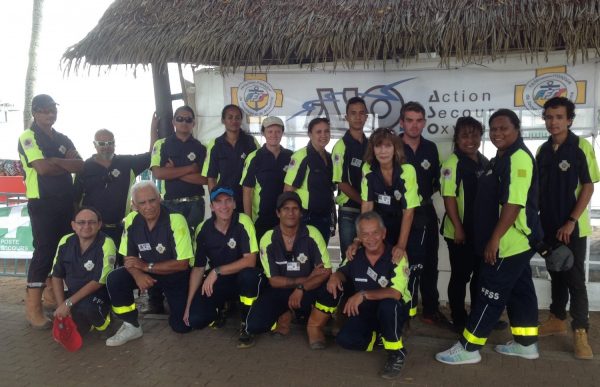 The services are adequate and there is a buoyant civil society: this month saw active public debates over school canteens or government moves on agricultural policy; there is self-management by groups of citizens, in arts or sport, help for the homeless, nature conservation  groups, or teams like the volunteer first-aiders Action Secours Oxygene (ASO2) who turn up at community events.

The North is a strongly “Kanak” area with an active provincial government, but by far the less developed area, calling to mind parts of Papua New Guinea though with better infrastructure.

The cultural mode there is communitarian based in villages, in the words of Mr Qaeze, undergoing a “transition to modernity” while retaining culture.

In any future settlement those are the two parts of a single world still wanting to be reconciled.

Thank you to Rose-Marie Barbie, former Journalism student and Higher Degree graduate in Australia, for assistance with these articles in Noumea. The expert backgrounding and local knowledge, contacts and suggestions were all invaluable. LD