Universities: Battle for the top brains 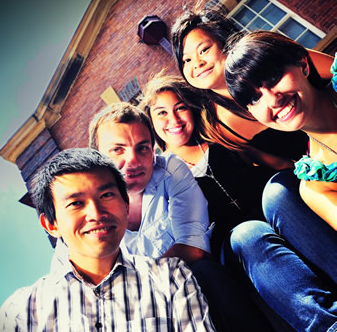 The Brisbane-based university that’s just made a surprise entry into Australia’s top ten for research, QUT, is facing a tough scramble to stay there – thanks to uncertainties of the global economy.

Its new battle is to get the best research students, the high achievers that universities world-wide compete for, and will set aside big budgets to bring into the fold.

“These students are the power house of research activity”,  says Prof. Acram Taji, the Director of International Graduate Research.

She stresses the point that International Students are at the centre of the battle; Australian-grown talent alone has not been enough, and will not be to fill the growing demand for brain power and talent.

“In this criterion, we have scored 3.9%, whereas the Australian National University (ANU) scored 14.1% (meaning over 14% of their students are research students).  Melbourne  is 8.9%.

“Higher degree research students are the ones who produce the quality papers; they help you to complete your research”, she says; adding too that while funded on scholarships, they come cheaper than ready-credentialled research associates or post-doctoral Fellows.

Money and resources are at the core of this story of producing hard results in the search for knowledge, getting recognition for it, and building it up further.

The “top ten” for research are decided on from a very detailed audit of activities of the universities, carried out by the ARC, Australian Research Council, under a process it calls ERA – Excellence in Research for Australia.

It is meant as a descriptive treatment of what the universities do, not a competitive ratings system; but tell that for a hard chuckle, to the  executives, researchers and administrators who work zealously to get together their best outcomes and fit them to the exacting criteria.

Getting into the top ten is king status, positioning the leaders to attract more of the same – best funding, best researchers, best research students from around the world.

This time as expected, in the rankings announced on 31.1.11, the “Group of Eight” dominated the field: the eight (including the ANU and Melbourne University), being the oldest universities and therefore the best endowered with investment funds and gifts.

Then comes QUT now, the Queensland University of Technology, pushing into the last-available seat at top table — just behind the only other “outsider”, Sydney’s well-established Macquarie University.

“We have leap-frogged many of the other universities to be number ten”, says Acram Taji.

With 40 000 students QUT is hardly a minnow but as a product of the amalgamations of tertiary colleges in the 1990s, to form universities, it drives hard to make its mark.

“It is a very ambitious university”, says Sharon Tickle, Acting Executive Director of International and Development, a division of the university contributing heavily to the ongoing campaign to bring in talent for the research effort.

She recounts the current struggle, recruiting students in a broad field of studies heavy with opportunities for research: the new creative industries, engineering, health, information technology, bio-technology, or science the long-term achiever.

Signing up students in other countries to undertake research doctorates can involve acts of diplomacy, like dealing with a central scholarships body in China that selects quality students through a very competitive process; doing business with agencies in India where there is no state funding body, or negotiating one-by-one with governments in the Middle East, able to give ample direct assistance to their citizens.

Yet the task is still more specialised, to make an exact fit between the program in Australia and the interest of students in a particular job of research – “the right kind of students for the right program”.

“PhD students go to quality, so it is a fight for quality”, says Sharon  Tickle.

“The challenge of the educational target set for QUT is difficult where the whole world is going for the same students … We are struggling in the competition.”

It was felt as a pity that the strong outcome for QUT, getting placed in the “ten”, came just as competition for top research students around the world, one of the key ingredients of success, became much tougher – thanks especially to the uncertainties of the global economy.

What kind of extra difficulties have to be faced on top of proving that the research being done is of high quality, prestigious, worth joining in with?

Set-backs can come in multiples:

Those problems come out hardest in the big and popular market for education in Australia at the lower level of schools and colleges, and  undergraduate university degrees.

Enrolments from overseas have crashed in universities around the country, costing them heavily in fees because students in those courses pay their own way.

In any survey, more than 50% of International Students express some intention to stay on and live in Australia after completing their studies; so changes in entry policy (like a tightening on visas for Indian students in 2010, eased to a degree this year) affect attendance.

The troubles are being felt even at the higher level, among the sought-after research higher degree students looking to do a doctorate. 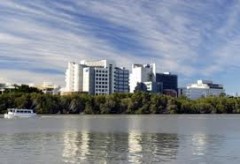 QUT as 2011 got under way experienced a check in its confident march to greater things; and in the struggle against competition talked about by Sharon Tickle, figures for new Doctor of Philosophy students were sluggish.

By the first week of February acceptances of places offered to prospective scholars overseas, for the first semester of 2011, were down by 10 to 16% against the same time a year ago.

For the second semester, starting in July, an unofficial figure of 65%, so far, was being mentioned.

Among overseas students at that level there were 34 new commencements for 2011, against 45 in 2010; though the base stayed fairly solid, their total numbers enrolled having grown from 415 in 2009 to 453 last year.

Worrying for administrators of the program, tracking of the acceptance of offers of places by the university shows that it has not been keeping up with the usual rate – a further falling-off could happen.

Not that the “very ambitious” university in the number ten slot will be giving any ground. 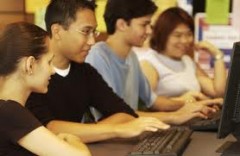 All universities being much in the same boat, QUT is shoring up its position by putting up funds for new student scholarships.

This year it has 75 students on full scholarships (a waiver of fees at $19-25000 p.a., funded by the federal government or the university itself, plus living allowance of over $18 000 p.a.); it also provides a waiver of fees to another 300 students, who can obtain living allowances elsewhere – such as International Students supported by organisations in their home countries.

The reason for the concentration of effort gets back to the drive to be in the top bracket of research, and fulfil a general goal.

Ms Tickle: “It’s to provide solutions-based research on an international scale; researching global problems and real-world solutions, and with some discovery research; that is still what we do.”

The QUT Vice Chancellor, Prof. Peter Coaldrake, formerly the Public Sector Commissioner in Queensland, has declared for the managed approach, concentrated on the ARC indicators for getting recognition.

Says Prof. Taji: “We have a visionary Vice Chancellor who has lofty aspirations for our research ranking; he wants to see QUT’s research productivity (quality and quantity) above some of the Go8 universities.”