Unhealthy waterways a cause for concern

Conservationists say developers have been put on notice to improve south-east Queensland waterways. 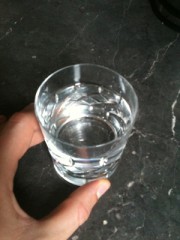 The latest report on water quality has shown only slight improvements.

The Healthy Waterways report is released every year and this year, results on 400 sites across the south-east of the state show little change.

The data has been compiled by the Queensland and local governments, research organisations and community groups.

President of Wildlife Queensland Simon Baltais said there is room for improvement.

“They should be repairing the riparian areas. There should be re-vegetating of any cases. Until they do that, the problem is only going to continue,” he said.

The Ecosystem Health Report Card scores catchments and estuaries on a scale from A to F.

“All of our urban freshwater streams have continued to struggle for their scores because of legacies of impacts over the last 100 years,” he said.

He said storm water and flooding do impact on the quality of our water.

“Storm water is always part of the impacting process on our waterways and what we have seen in the last 12 months is a mixture of run offs from both rural and urban areas,” he said.

Information released over a 12 month period shows the Moreton Bay area jumped from D to a C rating.

“The problem with the State Government and local governments is that they don’t have the man power or the money to do this sort of stuff,” he said.

“I think developers also have to take responsibility, to make sure that there’s lots of guidelines produced for what we call water sense of urban design in any new residential development.”

Mr Baltais said urban areas are by far the worst contributors to contaminating the quality of water.

“Comparing hectare to hectare urban areas are by far the worst contributor of nitrogen phosphorus in silt into the system,” he said.

He said better partnerships between communities, local authorities and developers are crucial to improving the region’s waterways.

“Until we actually understand that if we want a healthy community and a healthy economy, you have to have a healthy environment.”