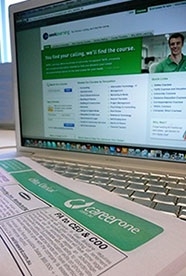 A survey found the number of applicants continues to drop, making it harder to find appropriate candidates. Photo: Tijana Jaksic

Randstad Recruitment Queensland manager for accounting, banking and finance, Tarnya Lowe, says the number one concern of candidates is the stability of companies.

“They want to know the size of the business, the turnover and whether they made staff redundant in the last 12 to 18 months,”  Ms  Lowe said.

“They think that if they’re last on, they’ll be first to go.

“We had some businesses who probably didn’t do a very good job with their redundancy packages and how they dealt with those employees.

“We’re certainly seeing candidates say they’re not interested in working with those types of companies based on their own research and what the media has said about those organisations.”

Adcorp account director Bryn Griffiths, a Brisbane-based communications agency, says employees want to be comfortable with the brand they work for.

“What we’ve seen by the research that we’ve done, is that you mention the big brands of the world now and there’s no trust at all,” Mr Griffiths said.

“To be able to position your brand as a place that’s enticing for employment and to engage your workforce is certainly a trend that a lot of clients are trying to achieve.”

Majer Recruitment director Suzie Majer says some candidates are “feeling a bit worn down and taken advantage of”.

“You still hear a lot of people saying ‘they’ve let people go and haven’t replaced them so now I’m doing the job of two or three people’,” Ms Majer said.

Ms Majer says businesses are still worried about the state of the economy following the downturn.

“I’d say everyone is a little bit tentative,” she said.

“Over the last couple of months the temp and contract market has been quite strong.

“That’s for various reasons, but one would be that they’re tentative maybe and don’t have approval to add to the head count.

“It’s also good for the client I suppose, if things pick up, then they’ve already had the opportunity to work with a candidate.”

Ms Lowe says many clients are looking at both temporary and permanent options when hiring new staff.

“It’s in their benefit at the moment to have that flexible workforce so if there is another downturn then that’s an easy process to go through,” Ms Lowe said.

“A lot of companies went through a lot of redundancy processes last year and they’re very costly to a business so they’re probably a little bit concerned about going back there again.

“But we also have people coming to us straight saying they want a permanent person to build the team.

“Because a lot of the teams have been really affected morale wise – so by adding new people to their teams it’s actually bringing confidence back to the employees.”

The latest Quarterly Business Survey conducted by the Recruitment and Consulting Services Association (RCSA) found that, as a proportion of total placements, permanent placements dropped by 6 per cent to 11 per cent, while on-hired and contractor placements increased 19 per cent to 87 per cent.

The survey also found the number of applicants for positions continues to drop, making it harder to find appropriate candidates.

Martin Turner, the director of the Turner Group, says there are “very few good candidates around at the moment that aren’t working”.

“Most people with jobs are hanging on to them and candidates are being snapped up quickly,” Mr Turner said.

“The squeeze on an employment agency has been not just from the work not coming in like it was, but the work you are doing, your payment isn’t coming in for a very long time,” he said.

“Agencies went under who were owed a lot of money by companies that went under, so cash flow is king at the moment.”