Australians are jetting off to Europe to boost their tourism sector. What does this mean for the struggling tourism industry here?

The Advertiser reports while Australia has recovered from the disastrous effects of the recession and our dollar is stronger than ever, many generation X and Y members have decided now is the perfect time to party Europe style and bask in the european sun with fellow Europeans who have stopped travelling here due to our increasingly stronger dollar.

Australia prides itself on being a tourist’s dream with clear blue water, native animals, beaches and sunshine, but with our economy on the rise and our dollar stronger than ever, it’s turning people away from our country. 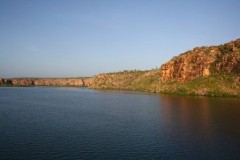 This is the biggest gap in the number of tourists arriving in and leaving Australia on record.

The number of Australians holidaying overseas was up 16 per cent while the arrivals only grew by three per cent.

As the Australian dollar remains strong our tourism sector weakens as more people are heading overseas with cheap airfares from an ever-growing number of competing carriers.

Queensland Tourism promotes the Sunshine Coast as a popular holiday destination for domestic and overseas travellers, with Noosa being one of its star attractions.

“Our own domestic market has certainly dropped,” Cr Green said.

“The tourism industry in Noosa is an $800m industry and many of our small businesses rely on the influx of tourists at peak season.

“We are still showing growth overall in our tourism figures over the last 12 months yet there were some segments struggling in comparison with the rest of Australia and our main competitors the Asia Pacific Rim,” he said.

In order to combat this, Tourism Noosa has created a new campaign with the aim to revitalise Noosa’s tourist brand.

The objective is to generate $1 billion in visitor spending by 2020 through luring Generation X and Y into relaxation mode.  Tourism Noosa CEO Steve Cooper said the campaign encourages thinking of the best holiday experiences and then tacks onto them – BY NOOSA.

“The world is changing but so is business and so are the many customer types that are emerging of that change,” Mr Cooper said.

“The key to this is recognising that the Generation X and Y are a different breed of cat.

“The way they seek information, the way they enjoy holiday experiences and the length of that experience they are looking for is continually evolving,” he said.

The ABS discovered the fourth largest number of tourists arriving in Australia in the last year was from China.

Financial Advisor Michael Goodwin said East Asia’s withdrawal from the international recession in 2009 was earlier and more vigorous than in other parts of the world.

He believes China is leading the global recuperation in industrial production and is helping Australia’s economy.

He praises China’s trade relations and the boom of the mining industry for keeping our economy thriving.

“Australia coped quite well leading into the GFC due to previous strong government surpluses and strong mining exports to China therefore making it less volatile than other developed countries,” Mr Goodwin said.

“China is driving our country.

“If China got into trouble we would fall apart due to the mining industry and the exporting we are doing to China,” he said.

The Australian Bureau of Statistics (ABS) said the financial crisis was triggered by a liquidity deficit in the United States banking scheme; it has resulted in the failure of sizeable pecuniary institutions, the rescue of banks by national governments and downturns in supply markets worldwide.

The ABS said the world economy is rising from the throes of a historically profound and synchronised recession aggravated by the convulsive worldwide monetary bubble.

The consequences of the original bubble and the resultant disaster have been felt in almost every market whether or not it participated directly in the perilous behaviours that precipitated the boom-and-bust cycle.

In early 2010, suspicions of a sovereign debt crisis developed concerning these countries.

Stockbroker Rob Foote said this led to a crisis of confidence as well as the widening of bond yield spreads and risk insurance on credit default swaps between these countries and other EU members, most significantly Germany.

He said Greece is at the forefront of this crisis and the state of Greece’s public finances is a test not only for the country’s policymakers but also for other members of the European Union, particularly Germany whose economy is booming.

Mr Foote believes Germany should bail Greece out of debt as they are both members of the union.

“The european economy as a whole has reported quite strong growth figures in the second quarter of this year because of exports mainly from Germany due to the weak euro making their exports more attractive; the PIIGS have been growing at a much slower rate,” Mr Foote said.

“Greece doesn’t have many options and can only rely on the strength of the rest of Europe.

“They have had 20 years or longer of mismanagement of the economy and it’s not a recent problem and therefore Germany should be assisting Greece as they are all part of the European Union,” he said.

Could this mark the beginning of the end of the euro-era?

According to statistics published on the International Strategic Analysis website last year, Greece’s budget deficit reached 12.7 per cent of GDP.

Rob Foote said there were reported worries over whether the Greeks would act to cut their spending and deficits and this has caused paroxysms in the bond markets.

He said late last month the yield on ten-year Greek government bonds vaulted to 7.1 per cent, the highest since the country joined the euro area and about four percentage points more than on German bonds, the euro zone’s safest investment.

So what happens now?

It’s hard to predict whether the European economy will remain slow to recover.

Mr Foote said the financial sector is an abundance of questions and unknowns.

He said as the Australian dollar grows stronger, it could create a double-edged sword; Europeans will continue to stay home while Australians will travel.

If Mr Goodwin’s views on China are correct one thing remains certain; this engine room of the world must not slow markedly as it would affect other world economies and leave the global financial market in limbo.