Researchers at the University of Melbourne have found women who developed breast cancer before the age of thirty-five, often increased the risk of close relatives developing another type of cancer. 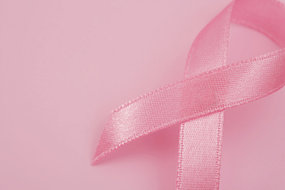 The study comprised of women from Melbourne, Sydney, the San Francisco Bay Area and Toronto.

The research found women who had developed breast cancer early in their lives had an eight-fold increase in the chance of getting lung cancer in the future.

The relatives were found to have twice as many cancers as expected and there were increased risks of prostate, lung, brain, urinary tract and ovarian cancer.

Professor Rodney Scott from the University of Newcastle says their study is an incredible discovery and a healthy addition to cancer research.

“This is quite an important finding as it really puts the picture together and implies that there are common genetic determinants of breast cancer risks especially in young women,” he said.

There was also a higher risk of urinary tract and brain cancer among the subjects.

Professor John Hopper from the University of Melbourne says they looked at the relatives of the 500 women studied and asked about cancers in relatives, and compared that information with what they’d expect based on the population data.

“We started collecting families in Australia and in the United States back in 1993 and been doing a lot of genetic testing on them,” he said.

“We are also validating the family histories of their relatives”.

Mr Hopper says they expected an increased influence of breast cancer in the relatives.

“We tested for what are known as the breast cancer genes, BRCA1 and BRCA2 and took them out of the equation,” he said.

Professor Scott said these findings will change the focus of research in the future.

“What it’s going to do is allow people to start focusing on families where there are cases of breast cancer and lung cancer.  It’s a huge step forward in cancer research.”