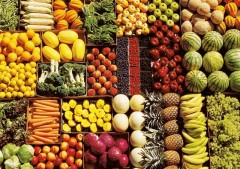 Australians waste food and need to rethink their attitude toward it, say global food experts, who met in Brisbane recently.

The challenge of feeding the world’s growing population was the focus of the summit held by the University of Queensland’s Global Change Institute (GCI).

Author Julian Cribb, a forum presenter, says to feed the earth’s predicted nine billion people in 2050, the globe will need to double its current food production with half the present fresh water, less land and, eventually, no fossil fuels.

“It’s going to affect every single human being on the planet in the next 50 years without exception,” he says.

While increasing food output is one part of the equation, so is changing the way people think about food.

Australians throw away over five billion dollars worth of food every year, while two million Australians do not have enough to eat.

Every year in Brisbane, each household throws about $650 worth of food in the rubbish, on average, says Professor Michael D’Occhio, the co-leader of the GCI.

“So, on one hand, we have an excess, an indulgence in food that we simply have no respect for and, on the other hand, we have people who need some sort of food aid,” he says.

This national imbalance of food distribution reflects the global situation.

Malcolm Duthie, from the United Nations World Food Programme in Gambia, says 925 million people worldwide experience food shortages despite there being enough to feed everybody. 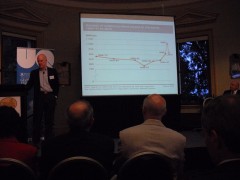 “Most of the problems with food are people don’t have access to it or the quality is not adequate.

“They’re either unable to grow enough or they don’t have the incomes to purchase enough,” he says.

Over the next 50 years, food is predicted to be the primary source of conflict in the world, and it is already occurring, with 15 countries experiencing food riots in 2008.

Mr Cribb says there is a strong connection between hunger and war.

“Lack of food produces war and peace prefers a full platter,” he says.

Another hurdle in accessing food for some of the poorest countries in the world is the increased privatisation of food sources, says Jagjit Plahe, lecturer in International Political Economy at Monash University.

The poor are losing their right to save and exchange seeds as large multi-national companies, such as Monsanto, continue to grow their ownership of genetically modified plants.

But Mr Cribb says there are solutions to one of the greatest challenges facing humanity.

“We need to redouble the global effort in agricultural science and we need to stop wasting half the food we currently produce worldwide.

“We need to teach the coming generation of human beings, who mainly live in cities, a new respect for food and a healthier, more sustainable diet,” he says.

The world also needs to support young women in choosing not to have babies, he says.

“The success or failure with this will determine our destiny,” he says.