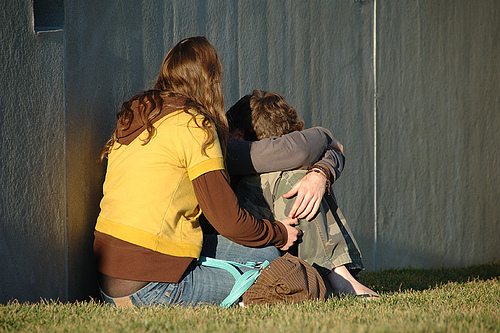 The tragic death of an 18-year-old university student in the United States has raised dire concerns here in Australia over the state of western society’s acceptance of homosexuality for young people in residential colleges.

Tyler Clementi, a first year university student at New Jersey’s Rutgers University, committed suicide the day after he discovered his room mate streamed video footage on the Internet of Clementi’s encounter with another man in their dormitory room.

The death has sparked massive concern over the state of acceptance of same sex relations, particularly amongst the younger generations, here in Australia.

Paul Martin is the principal psychologist at the Centre For Human Potential in Brisbane and is a specialist in the counselling of troubled, young, gay and lesbian people.

He still believes there is a substantial amount of homophobia amongst younger people in our country.

“When a young gay person is growing up in the school yard the worst thing to be called is a fag,” he said.

Mr Martin says it’s often a case of providing a false exterior for these young people in order to deal with their day to day lives.

“They pretend to be straight and it’s called concealable stigma.”

“Concealable stigma has massive implications in terms of mental health and you see huge increases in the levels of depression and suicidalities (sic).”

Dennis O’Keefe, an 18-year-old University of Queensland student, says he has seen first hand the pressure on young gay friends and classmates in residential college environments.

“There were definitely a few blokes, who as soon as school finished, they came out, but during the time (at school) they felt they would be targeted if they were to come out about their homosexuality,” he said.

“The college that I stayed at actually prided itself on dominant masculinity, it was important to be excessively drinking full strength beer and to be sexually active with women.”

She believes while society has made progress and is more accepting of a gay lifestyle, environments like student boarding houses are yet to catch up.

“Even though yes there has been change, we are not yet in a world yet that is completely accepting of same sex attraction and particularly of gay men,” she said.

“We get the message now that racism is not OK and sexism is not OK but there’s still the perception that homophobia is still OK.”

In a statement released on the Rutgers University website, Richard L. McCormick said a two-year initiative called “Project Civility”, will provide a “conversation” on the issues of privacy and tolerance surrounding the tragedy.

Anyone requiring more information or support can contact these services.