Australia’s tobacco tax increase has had a significant impact on the nation’s public health with nearly 300,000 smokers stubbing out for good.

But smoking cessation experts say there is still more that can be done to further reduce figures.

A poll commissioned by Pfizer Australia has shown a significant jump in the number of people attempting to quit smoking since the 25 per cent price increase on tobacco was put into place in Australia by the Rudd government in April this year.

The polls confirmed the cost of cigarettes as the leading cause of the number of smokers attempting to quit.

The tax hike raised the weekly expenditure for the average smoker from $51 to $57.

Chief Executive of Action on Smoking and Health in Australia, Anne Jones, says the tax increase is one of the most prominent factors contributing to the quitting rate which will continue to rise if the tax is raised again.

“A lot of smokers are giving up smoking,” she said.

“Young people are deterred from ever starting because it [tobacco tax] makes the cigarettes pretty expensive and those that can’t give up because they’re very addicted usually reduce their consumption of these products.”

She says while the quitting rate is high we should not become complacent on these results as smoking is still the countries leading cause of chronic disease.

She hopes the government will take courage from the latest poll results and further increase the tobacco tax in its next budget.

Director of Advocacy for Cancer Council Australia, Paul Grogan, says he would like to see a number of extra measures taken to provide a more comprehensive approach to tobacco control.

“The move towards plain packaging we would expect to have a significant effect with one of the best indicators of that being how desperately the tobacco industry is opposing that measure,” he said.

“We need some more hard hitting media campaigns to improve awareness around the risks of smoking and another increase in excise further down the track would be a good thing as well.”

He says a further increase on the tobacco tax down the track would be an effective measure as at this point too large an increase would be a financial disadvantage to too many addicted smokers on low incomes.

Director of Public Affairs at the Queensland Cancer Council, Anne Savage, says the introduction of state wide smoking bans are the best way to decrease the prevalence of smoking in Queensland which has one of Australia’s highest smoking rates.

“Sadly an estimated 3,400 Queenslanders lose their lives each year to tobacco related disease,” she said.

“In Queensland we would like the state government to introduce uniform state wide smoking bans in public places such as malls and bus stops.

“We support moves currently underway by Brisbane City Council to ban smoking in Queen St Mall and we expect that will further reduce the prevalence of smoking in Brisbane.” 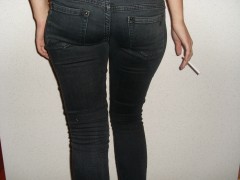 Queensland currently has one of Australia's highest smoking rates.