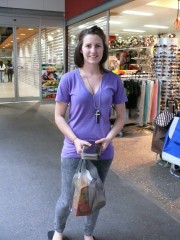 The streets of Australia turned purple today as concerned citizens showed their support for queer youth by wearing the colour.

Katherine Hudson a 17-year-old high school student was the young yet determined force behind the national Wear It Purple Day campaign.

Ms Hudson is proud to be gay. However, she also knows the pain of queer youth who suffer years of prosecution at school.

“They’ve suffered, they’ve borne the brunt of this discrimination, this total ignorance to situations involving gay teens in high schools,” she said.

Ms Hudson describes the campaign as a call for help, saying programs are needed within schools that are designed to actively support queer youth.

“We’ve got to have some point in a kid’s schooling life for a lesson, just a lesson to tell these kids about being gay,” she said.

“To fight the myths, to stop the myths and to stop all the lies that spread about being gay in high school.

“We really need to help these kids feel proud about their sexuality and the way we can do that is through days like Wear It Purple.”

Federal Minister for Mental Health and Ageing Mark Butler said he, along with the Federal Government, supports the work Ms Hudson is doing.

“Young, gay and lesbian people often experience bullying and 16 per cent are assaulted because of their sexuality. Sadly, 60 per cent of those who were victims of assault seriously considered harming themselves,” he said.

Mr Butler said the Queensland Government has heard the community’s  pleas for support and is taking measures to reduce the number of youth suicides.

“The Gillard Government has committed more than $277 million to a suicide prevention package, including significant initiatives targeting youth and other ‘at risk’ groups in the community,” he said.

Rates of depression, self-harm and suicide are estimated by SPA to be between four and 14 times higher in non-heterosexual demographics.

“This is an area that to date has not been picked up by the mainstream media or community or even government,” he said.

“We want this issue to get on the public agenda so that procedures can be put in place to decrease the startling differences in suicide rates.”

Senthorun Raj, Policy and Development Coordinator for the Australian Gay and Lesbian Rights Lobby, says the group will continue to lobby the government to provide financial incentive to schools.

“There needs to be significant funding and programs allocated including education initiatives,” he said.

Why youths are most at risk

Wayne Elliott, director of Coming Out Australia, said queer youths are most at risk due to the added pressure they feel to fit in.

“Youths are faced with not only study pressure and the stereotyping that goes on towards the gay community but also peer pressure,” he said.

“People don’t realise that trying to identify your own sexuality, out of the expected, can lead to feelings of depression and possibly suicide.”

Mr Elliott agrees with Miss Hudson’s push for school reform, saying schools are failing in their duty of care and should introduce tolerance education. 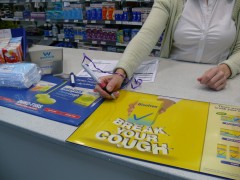 A purple ribbon to support queer youth at risk

“Schools are behind in identifying that their students are old enough to be able to recognise their own sexuality,” he said.

“Little support is offered by schooling bodies, when it is clearly, desperately needed.”

“Schools are behind in identifying that their students are old enough to be able to recognise their own sexuality,” he said.

“Little support is offered by schooling bodies, when it is clearly, desperately needed.”