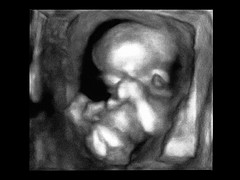 Qld abortion laws have been in place for 110 years. Photo: Steve Thoroughgood, courtesy of Flickr

The abortion debate resurfaced in Queensland this week after a not guilty verdict was handed down in the case of a Cairns couple who were accused of procuring an illegal abortion.

Ms Leach took medical abortion drugs RU486 and Misoprostol, which were sent over from the Ukraine by Mr Brennan’s sister.

Queensland co-ordinator for Right to Life Australia Graham Preston believes the case will put pressure on the State Government to change abortion laws, but any move towards legalising abortion would be “disastrous”.

“Sections 224-226 of the Queensland Criminal Code seem to quite strongly preclude abortion, but unfortunately there is no definition of the word ‘unlawfully’ in those sections,” he said.

“Right to Life Australia would like to see this case resulting in the law being clarified so that abortions can be meaningfully prosecuted.”

Under current Queensland law, an abortion is legal if it prevents serious danger to a woman’s mental or physical health.

Sections 224-226 of the Queensland Criminal Code outline abortion as unlawful when any person has the intention of procuring an abortion for a woman or when a woman seeks to procure an abortion of her own.

It is also unlawful if a person provides a method for a woman to procure an abortion.

State president of Cherish Life Queensland Teresa Martin believes even if abortion was made legal in Queensland, it does not make the act moral or right.

“Whilst in a democracy, everyone is entitled to say what they think, abortion harms women, it destroys babies and it emasculates men,” she said.

“The pro-abortion lobby group call themselves pro-‘choice’ and yet they don’t seem to be up on their soapbox pushing for the right of these women to gift their child to a childless couple through adoption, nor do they appear to promote fostering either through the family or government agencies.”

However, Head of the Clinical School at James Cook University Professor Caroline de Costa believes Queensland needs to move with the times.

“The law is very out of date, not in line with modern abortion practice or majority views on women’s ability to access abortion, and this makes the provision of abortion services by the medical profession very difficult,” she  said.

In an address at an abortion law reform advocate to civil libertarians last Tuesday, Professor de Costa outlined the importance of legalising abortion in Queensland.

She recommended the state government removes sections 224-226 and 282 from the Criminal Code and places them under the Health Act, which is similar to what occurred in Victoria.

Section 282 addresses the role of a medical practitioner in the process of an abortion.

Concerns over this section were raised when the Cairns couple’s case came to light.

Though the section does not specifically relate to abortions, it does safeguard doctors who are charged with performing a procedure unlawfully.

It would be the defence for a doctor if they were charged with providing an abortion.

Amendments to this legislation were passed in September 2009 by the Queensland Government.

The original legislation read “a person is not criminally responsible for performing in good faith and with reasonable care and skill a surgical operation upon any person for the patient’s benefit, or upon an unborn child for the preservation of the mother’s life, if the performance of the operation is reasonable, having regard to the patient’s state at the time and to all circumstances of the case.”

The state government’s changes defined the term “surgical operation”, which meant medical abortion did not fall under this definition.

“Change needs to reflect modern abortion practice and the views of the majority of our citizens,” Professor de Costa said during her address.

“This to me means decriminalisation [of abortion].

“When a woman faced with an unplanned pregnancy makes the decision for herself, and it is often a very difficult decision, that she wishes to have an abortion, and she is able to access that abortion safely and legally, that is what she will do.

“If she cannot access abortion safely and legally she will often attempt to find it by travelling to where she can do so.”

Currently, the ACT and Victoria are the only states which have decriminalised abortion.