One fifth of world’s flora to disappear: study 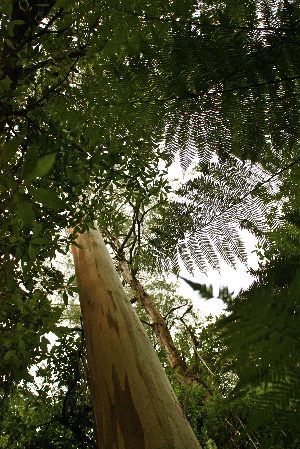 Scientists say there are an estimated 380,000 plant species, with many falling victim to loss of habitat. (Photo: Lesley Price)

Some Australian environmental experts say they not surprised by the findings of an United Kingdom study showing more than 20 per cent of the world’s plants face extinction.

Researchers from the Royal Botanic Gardens, Natural History Museum and International Union in the United Kingdom sampled almost 4,000 plant species and found that 22 per cent of flora should be classified as endangered.

Pat O’Brien, president of the Wildlife Protection Association of Australia says the current situation is dire and Australians need to be aware of the facts.

“We’re not doing anywhere near enough and we need to change our habits,” he said.

“The world’s biodiversity is disappearing and if nothing is done, I think we’ll find the situation will get a whole lot worse.”

The study estimates human activity accounts for up to 81 per cent of the damage, while global warming and other natural factors account for the remaining 19 per cent.

He says with our growing population, species are going extinct due to the increasing amount of habitat degradation and destruction.

“The loss of habitat is happening particular in tropical rainforests where almost half or more of the biodiversity is,” he said.

“When it gets destroyed clearly the plants get destroyed and if you wipe out the entire population of some of the species, a lot of them have very restricted distributions.”

However, Mr O’Brien says expanding agriculture is the biggest problem.

“I think the key to humans surviving on the planet with adequate biodiversity is to stop eating meat,” he said.

“Agriculture is depleting our resources, it takes a huge amount of water and a huge amount grain to feed animals for meat production.”

Ecologist Gillian Eckert says although environmental organisations are doing their best, there must be more protection for plant species.

“When species are actually listed as endangered then you can protect them but it’s the ones that aren’t quite endangered yet that they don’t worry about,” she said.

“Every year more and more species are being put on the list because we don’t protect them early enough.

“There are lots of species in Australia we haven’t even identified yet.”

Professor Possingham says people should demand more information about where products are coming from to ensure they are from sustainable plantations.

“The key thing is to know where you’re having an impact,” he said.

“At the moment we know what we’re eating in terms of vitamins and calories but we don’t know what was destroyed in biodiversity to make that product.”

Ms Eckert says there is a variety of things people can do on a local basis to help.

“Try to look after your local bushland, plant species that are endemic to your area rather than planting lots of exotic plants,” she said.

“If there’s a housing development going up, it’s really worth looking into it and asking what they’re going to destroy by doing this.”

Mr O’Brien says while local support is great, the government also needs to be investing more into conservation.

“You’ve just got to look at the last election, the issues were things that have little relevance to whether we can continue to live on this planet,” he said.

“I’d like to see our politicians face up to this study and say we have to do something … if we don’t have a sound biodiversity on this planet, none of us are going to be able to live here.”