Some medical experts have called for abortion to be decriminalised and remodelled as a health law issue in Queensland.

Under Queensland’s Criminal Code, abortion is unlawful unless it is performed to “preserve the woman from serious harm to her life or physical or mental health”. 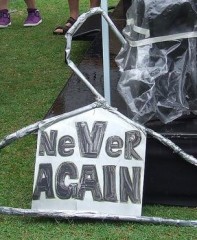 Professor of Obstetrics and Gynaecology at James Cook University, Caroline de Costa said the laws occupied a grey area and were “out of date” and “out of step” with modern ideals.

“Abortion is an important health issue for women so there should be regulations within health law for the practice of abortion,” she said.

“It should not be criminalised. It should be just the same as mainstream medical practice.”

“By moving abortion law away from the criminal model to a health model, a woman is able to obtain a termination as they are able to obtain other health services,” he said.

Dr White said current abortion laws in Queensland were contrary to other Australian jurisdictions which were increasingly moving away from criminal abortion.

“Queensland is one of the last remaining jurisdictions which still treates abortion as a criminal offence,” he said.

“The ACT regulates abortion as a health matter, like any other health issue.

“The model sets out a clear way in which abortion can be regulated outside the criminal sphere.”

“I’m not in favour of changing anything because the change is the opportunity for a lot of restrictions to be imposed,” she said.

Dr Freeman said a solution could be found in education and contraceptive research.

“We have contraceptives, but we need more options –   especially for males,” she said.

But Dr de Costa said the solutions would be temporary as abortion rates are “never going to be zero”.

“Circumstances change and contraception does fail.”

Dr de Costa said she believed the authorities were aware of the views of the majority.

“I think that the police and the government know that this is what women want and need,” she said.

“But that doesn’t completely solve the problem because the law is still there, and there’s still uncertainty about it.

“It’s something that we need to work on and are working on.”

Abortion was repealed from the Crimes Act in the ACT in 2002.

In 2008, abortion was decriminalised in Victoria and guidelines were set for when abortion could take place.