University of Southern Queensland (USQ) has cancelled their sponsorship of a Creation Ministries International (CMI) seminar, after an open letter to USQ staff criticised their involvement.

The seminar, ‘Creation and Evolution: Scientific Evidence, Myths and Challenges’ was to be held at USQ’s Fraser Coast campus in November, where CMI scientists would discuss the theory of creationism and the perceived flaws in the theory of evolution.

USQ’s Aidan Burke said the seminar was arranged as part of the regular community debates held at the Fraser Coast campus. 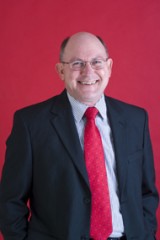 But when an open letter was sent to USQ staff by the President of the Griffith University Society for Skeptics and Freethinkers, Jayson Cooke, concerns were raised that the discussion would not be balanced or unbiased, and USQ withdrew their involvement.

Mr Cooke said in the letter: “My own concerns are that … USQ appears to be giving implicit endorsement to CMI allowing and encouraging them to distort, misuse and misapply science, to pursue a religious agenda…”

Dr Burke said the advertisements for the seminar may have implied that USQ was endorsing the theory of creationism.

“The flyer that went out was probably giving the impression that we were supporting the creationist approach, and that’s certainly not the case,” Dr Burke said.

He said USQ had attempted to balance the seminar by arranging a debate with the opposing side of the argument.

“There was a lot of activity taking place to try to solicit the scientific side of the argument, but when… it was drawn to the Vice-Chancellor’s attention that the debate wasn’t going to be balanced or impartial we certainly took action quickly to shut down any perceived association or support the university might have had with that particular group,” Dr Burke said. 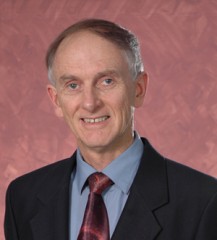 CMI biologist and a proposed speaker at the seminar, Don Batten, said the event was originally arranged by USQ to give creationists an opportunity to voice an alternative point of view that is often not heard.

He said Mr Cooke’s letter was from an Atheist viewpoint, and had been written to stop an opposing view from being presented.

“Atheists think that universities should be places where Atheism is taught and anything else that contradicts Atheism shouldn’t be allowed … so nobody gets any opportunity to hear anything other than that view,” Dr Batten said.

He said by trying to silence creationists, the Griffith University Society for Skeptics and Freethinkers are not living up to their name.

“It’s rather ironic that the prime instigators for this opposition call themselves ‘freethinkers’, when they actually don’t want people to think freely about these issues at all,” Dr Batten said.

He said the opportunity to present the seminar as a debate with an opposing speaker was never suggested by USQ.

“We’re always open to [debate] but the point is, how often does the university, when they are presenting an Atheistic view, call in a person to present the alternative view? Never, ever. So why should there be somebody there to balance what we’re saying, when 100 per cent of the time there is never any balance to what they’re saying,” he said.

Alternate arrangements for the Creation and Evolution seminar are yet to be announced.