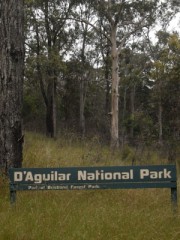 83 per cent of Qld national parks do not have overall management plans. Photo: Dominique Wiehahn

The Opposition says Queensland national parks may be at risk of neglect due to the lack of compulsory overall management plans, resource shortages and inadequate funding.

These plans are required under the Nature Conservation Act of 1992.

She says implementing overall management plans on top of these would be a long process.

“The lengthy process involved in the overall management plans [taking over two years to complete] is not the most effective and efficient process,” she said.

Ms Jones says other action is being taken.

“We are finalising a new Masterplan for parks in Queensland, as well as developing our Queensland Biodiversity Strategy – to consolidate our management of parks across the state and reduce duplication,” she said.

But Queensland Opposition climate change and sustainability spokesman Glen Elmes says Labor has failed to uphold their legislation by not having overall management plans in place.

“For 18 years the state Labor government has failed to fulfil the obligations in its own legislation,” he said.

“You need to be able to put rangers into these parks, so that we keep feral pigs, feral foxes, cats and noxious weeds under control,” he said.

“Each Queensland parks and wildlife ranger in the state is now responsible for almost 17,000 hectares of national park.

“That is clearly beyond the ability of rangers to be able to effectively manage.”

“I don’t know how Glen Elmes plans to better manage Queensland’s national parks, given that the LNP’s only policy is to cut ranger numbers and oppose the declaration of national park on North Stradbroke Island,” she said.

The executive coordinator of National Parks Association Queensland, Paul Donatiu, says members of his organisation have reported not seeing enough rangers in parks.

“Their reports give us sufficient evidence that parks are missing out,” he said.

An expert in protected areas management from James Cook University, Jeremy Little, who formerly also worked for the Daintree National Park, says the existing resources in even the biggest parks are disgraceful.

“The Daintree gets over a million visitors a year and if you have a look at the number of staff and the amount of resources allocated to that place, it’s a national embarrassment,” he said. 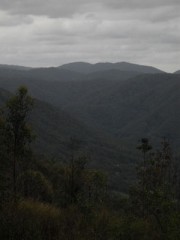 World Wide Fund for Nature (WWF) spokesman Dr Martin Taylor says Queensland national parks are being expanded, but the funding for their management is not.

“If you’re expanding the park system, obviously you have to pay attention to the investment in ongoing management,” he said.

Dr Taylor says funds have decreased in recent years and need to be evaluated.

“The funds are actually shrinking in real terms for management of threats on parks,” he said.

“We really need to see a review or some sort of analysis of whether what the government’s investing in the management of our park system is really sufficient.”

“When you look at it from that perspective, you’d expect an awful lot more investment in our park system,” he said.

Mr Donatiu also says without an increase in funding, national parks will struggle to survive.

“If funding is not increased, parks will suffer in the future,” he said.

Mr Little also says more must be done to ensure Queensland national parks are sustained in the future.

“My biggest concern is that you’ve got an increase in threats and use, things aren’t stable and if we haven’t got things right now, how are we going to go with a change in climate?” he said.

Ms Jones says the Queensland Government will continue to focus on combating these threats in the future.

“Our focus will continue to be on delivering frontline services and managing out day-to-day responsibilities such as pest, weed and fire management, as well as protecting the unique biodiversity of our parks,” she said.