Residents from the semi-rural suburb Karana Downs are determined to win a potentially long battle against a developer who plans to destroy their Country Club and golf course.

When local residents Sue and Shane Mccoy heard about the sale of the club to a developer in August 2009, they formed the Karana Downs Community Lifestyle Protection Group (KDCLPG).

They have rallied residents to submit over 1000 opposing applications to council. 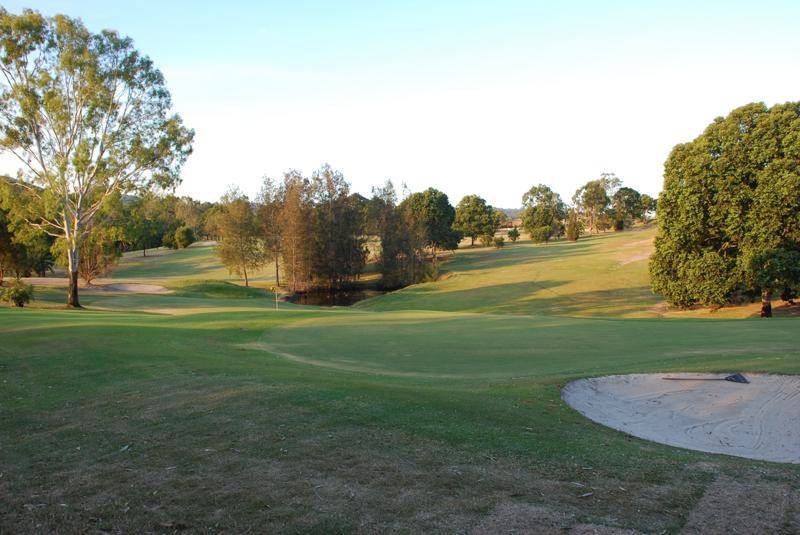 Mrs Mccoy said their opposition is about protecting their local environment and a pivotal recreational meeting place.

She said the success of the Clear Island Waters Action Group on the Gold Coast in their development battle is keeping them optimistic.

“Karana Downs is a beautiful and unique suburb of Brisbane. We are a strong, family orientated community that wants preserve our way of life,” she said.

David Witt and his father have owned the Country Club for six years and entered into a contract of sale with Karana Waters Pty Ltd, which will settle in about 12 months if council approves the application.

Karana Waters proposes to carve up the 18 hole golf course, bar and bistro, swimming pool and two tennis courts and redevelop the site to include 112 residential allotments and a new community club.

Last year the former member for Ryan, Mr Michael Johnson, sent out a survey to all households in the Mt Crosby and Karana Downs area about the proposed development.

Of the 2000 surveys sent out around 430 were returned and a staggering 89 per cent were opposed to the development.

Mrs Mccoy said after residents were invited to a design-planning workshop by Karana Waters in October last year, the support against the proposal became significant.

“Along with the results of the survey many people also commented on how poorly they were treated by the development team, with limited responses via emails lodged through their website and messages being returned by the office,” she said.

In response, KDCLPG developed an email list with around 500 recipients and through planned meetings and workshops, the group managed to drum up over 1000 applications to council by the deadline on October 5.

Mrs Mccoy said claims the Country Club is not a viable business are false because the golf course is maintained to the highest of standards and destroying it would be detrimental to the community. 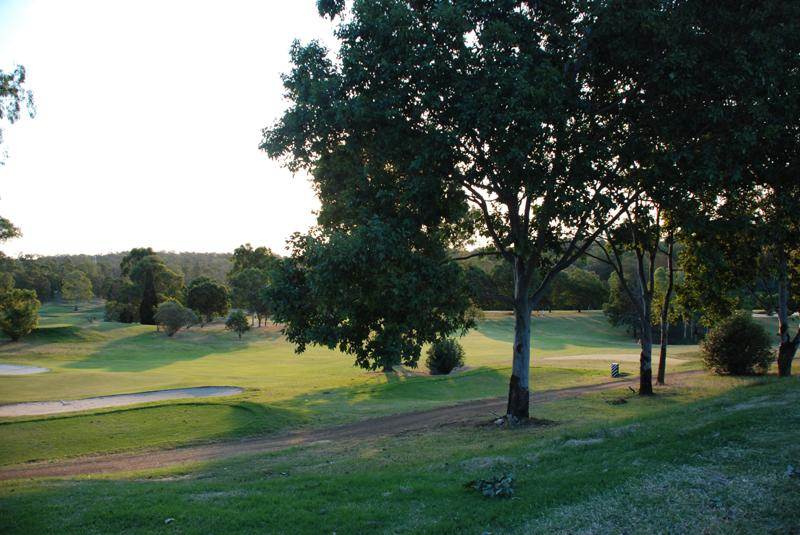 The 18 hole Golf Course in Karana Downs may be replaced with 112 housing allotments by the developer Karana Waters. PICTURE: Supplied by Sue Mccoy.

“The golf course is beautiful – groundsmen keep it very nice. To play golf you have to be a registered player and if you look on the website you will see about 600 handicap members. Claims that it is not a viable business is just rot,” she said.

“The Karana Downs Golf Club has changed hands numerous times over the last 15 to 20 years as a result of economic hardship. Some existing facilities are in a state of disrepair for example the tennis court and swimming pool, which does not conform to being maintained to the highest of standards,” Mr O’Leary said.

Due to the sale of contract owner Mr Witt was unable to provide comment on the business activity or development, but said the reason membership for the country club is so popular is due to the significant drop in price.

But Sue Mccoy said that their opposition is about “hard working Aussies” battling against a “cashed up developer” that doesn’t understand that Karana Downs can’t cope with any more people.

“We’re concerned about the fact that in Karana Downs there is no public transport, the local school is already over capacity, local doctors have no capacity to provide further service, there are minimal employment opportunities and the roads are already overused by those going from Ipswich to Brisbane,” she said.

“The proposal was reviewed by the Department of Transport and Main Roads and has been amended to include provision for a future bus route through the site. During the voluntary community consultation undertaken prior to the lodgement of the development application, it was disproved that the local schools are at capacity,” Mr O’Leary said.

Karana Waters has also assured residents approximately 70 per cent of the site would be dedicated as parkland reserve, development will be low density and a new community club is proposed.

“An eclectic mix of housing diversity adds opportunities to communities and narrow views on this have been well documented as contrary to healthy communities,” Mr O’Leary said.

One of the opposing applications submitted was from a local resident and one of Australia’s most renowned wildlife sound recordists, Mr David Stewart, who highlighted significant environmental concerns with the proposed development.

He identified 147 different bird species in the area, four of which are either rare or vulnerable according to the Environmental Protection Agency.

VULNERABLE: The Glossy Black Cockatoo was one of the four vulnerable birds identified by wildlife sound recordist and Karana Downs resident Mr David Stewart. PICTURE: Sourced from Wikipedia with permission.

Ten of the identified species spotted by Mr Stewart were on the golf course, which includes the bush stone-curlew, long-billed corella and the purple swamphen.

But Karana Waters said their development goal is to improve the environmental health of the site through revegetation, minimising future use of pesticides and herbicides and rehabilitating along Pocket Creek and the Brisbane River edge.

Mr O’Leary said that the operation and maintenance of the golf course is not considered conducive to providing suitable fauna habitats due to the isolation of trees, lack of ground cover and constant upkeep of fairways and greens.

“The use of chemicals such as fertilisers throughout the property have the potential impact on the surrounding waterways through run off and enhancing the spread of weeds. The ultimate goal of the rejuvenation is to provide suitable habitat areas for fauna species and areas for public utilisation,” he said.

Mrs Mccoy said there is a handful of people in the community who want to provide people with places to live as South East Queensland (SEQ) is a rapidly growing area.

However she said people moved to Karana Downs because it’s a “beautiful green corridor” and there are other places to build.

“Our answer to that is in some of the huge tracks of land that are going to be developed under the state scheme out in the Ripley Valley and Wynnum,” she said.

The SEQ Regional Plan states some 156,000 additional dwellings will be required in the Brisbane area to house the projected population to 2031.

Karana Waters said that while the proposed development is not of regional significance, new developments such as theirs will collectively attribute to meeting the region’s housing targets.

“The availability of new housing in the Karana Downs area will provide diversity and additional supply to the existing housing market. In addition, the development of population increases allows increased arguments for more government services such as public transport,” Mr O’Leary said.

The Brisbane City Council has until October 25 to respond to both Karana Downs Pty Ltd and residents.