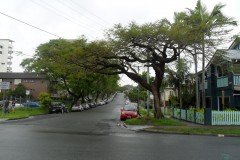 The accusation refers to approval in the Milton station area in Brisbane, of a development on Railway Terrace and Manning Street.

The concerned residents against Milton’s excessive development (CRAMED) say original plans for the Milton station area have changed from two buildings of three and ten stories  to buildings of thirty-one and twenty stories, without community consultation. 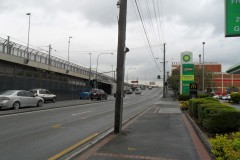 Minister for Infrastructure and Planning Stirling Hinchliffe ‘called in’ the  railway terrace development this year, in a controversial move that denied local residents’ input.

The process of ‘calling in’ a development, is to bypass the standard local residents’ appeals process, and approve infrastructure.

“The development was called in because the residences proposed, will be of great benefit to the surrounding community”, said Mr Hinchliffe, in a public statement in September.

Brisbane City Council was not informed of the decision to bypass the appeals process for the Railway Terrace development.

The head of planning for Brisbane City Council has expressed concerns about the process.

“We felt we should have been incorporated in any decisions about that application,” says Neighbourhood Planning Chairman Amanda Cooper. 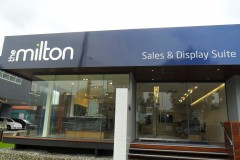 A display on the site of the pending 31 storey residential structure on railway terrace. Photo: Camille Bianchi

The Minister denies CRAMED’s claim the Manning Street development, which is currently in the appeals process in court, has been altered without public notice.

“This plan has been out for public consultation twice in the last eighteen months,” says a spokesperson for Mr Hinchliffe.