Brisbane residents are among 150,000 Australians who will ditch their cars in favour of riding their bikes to work on October 13. 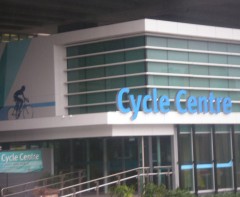 Ride to Work Day will proceed this Wednesday despite wet weather, and is expected to top last year’s national record-breaking attendance by 55,000.

Ride to Work Program Manager Elysia Delaine says an unprecedented number of people are riding to improve the environment and traffic congestion.

“We have seen a big jump in registrations this year so this is expected to be our biggest Ride to Work Day yet,” Ms Delaine says.

“We want to top last year’s effort in which our registered riders pedalled enough to ride around the world 17 times,” she says.

Manager of Bicycle Queensland Ben Wilson says the surge in registrations is proof that Brisbane residents are embracing cycling.

“On average, (Ride to Work Day) sees an increase of 20% of new people getting into cycling and our research shows us that many of these people do keep cycling afterwards,” Mr Wilson says.

Mr Wilson says this is a significant achievement because it often takes time for people to change their habits.

But while cyclists are looking forward to the festivities, the Brisbane City Council has urged riders to take caution in the wet weather.

A spokesperson for the Brisbane City Council warned that paths may be slippery and has advised cyclists to avoid using bike paths in floodplains, such as Kedron Brook.

The spokesperson also said there may be debris on paths due to strong winds.

What to expect on the day

Mr Wilson says Ride to Work Day is ultimately about encouraging people to have fun with cyling and make good use of their local bike riding facilities.

He says the event is not restricted to “serious riders dressed in lycra” and cyclists of all capabilities can make the ride a social occasion by getting a group of friends or workmates together.

Novice riders can arrange an experienced “bike buddy” to cycle with them for support.

Cyclists will meet up for free breakfasts from seven to nine o’clock at the RBWH Cycle Centre and at Emma Miller Place in the city.

Organisers hope that high levels of support will help in campaigning for better cycling facilities.

Cyclists can support the case by registering their ride for free until October 20.