The cost of regular private obstetrician care has increased by around thirty dollars a visit under a new Medicare cap introduced by the government.

The new provisions mean the average cost of regular private care during a pregnancy has risen from $463 to $2000. 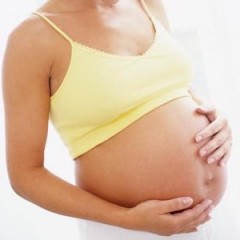 The price hike is expected to see many women jump ship from the private system to the crowded public sector due to affordability issues.

Dr Gary Swift, Queensland Councillor of the National Association of Specialist Obstetricians and Gynaecologists (NASOG), says the public system will be placed under further strain.

“It will certainly increase the pressure on the public sector,” he said.

“The exact extent of that depends on how many people are out there in that borderline group deciding whether or not to pursue private care.”

Dr Swift also said a healthy Medicare rebate was vital to reducing the burden on the public health system.

“Generally speaking, the more the government or Medicare purse is prepared to contribute to the cost, then the more likely people are to consider private natal care and delivery and then secondarily that reduces the burden.”

A survey of 72 obstetricians found that nearly two in three doctors have already suffered a drop in patient numbers.

The findings are coupled with findings that one in six women could consider delaying having a baby due to the higher care costs.

Dr Swift said a decline in the birth rate is a real possibility now that the new Medicare cap has been introduced.

“People who are making financial decisions on when and whether to have children and how many children are definitely going to be affected by the higher costs.”

The government is yet to comment on the concerns of NASOG.