Neighbours to sex things up

After more than 6000 episodes in its G rated timeslot, the traditionally clean-cut Australian television soap Neighbours is set to sex things up.

An anomaly in the television censorship act will enable the show to move to a new PG rating when it moves to anchor the new digital Channel Eleven. 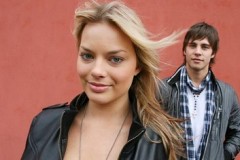 Neighbours is said to go head to head in content with close rival Home and Away. Image: Network Ten.

It will see the show go head to head with rival soap Home and Away in content, which is known for its darker themes of sexuality and violence.

“Neighbours has a really loyal cult following and it appeals to a particular demographic, so I think the fans will follow the show,” she said.

“I think regardless of where it is, it will keep its audience.”

She also said darker content that was dealt with by shows like Home and Away proved positive viewing for young audiences.

“In these soap opera type narratives they can deal with issues that young people come across on a daily basis, but they do it in a safe way within the fictional narrative.

“They’ll touch subjects that aren’t even dealt with in prime time, yet are relevant (issues for young people).” 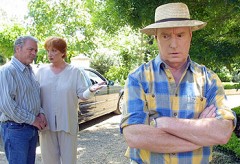 She said Network Ten is taking a big risk by moving Neighbours to Channel Eleven.

“It’s a massive mistake,” she said.

“At that time of night, it’s winning the demographic that it really needs where it is on Channel Ten. It’s captured that audience beautifully.”

She said the show risks alienating its core demographic by changing its long standing channel and timeslot.

“It was winning that demographic- it had the demo sewn up. I don’t know what Ten expects to gain.

“And if it’s anchoring the new schedule over at Eleven, well good luck Eleven I think.”

The new sexed-up Neighbours goes to air next year.