The Salvation Army is set to launch its latest campaign, ‘Buy Nothing New Month’, on October 1, 2010.

For the entire month of October, the Salvos are encouraging people to “kick the consumption habit” and make a Buy Nothing New Month pledge. 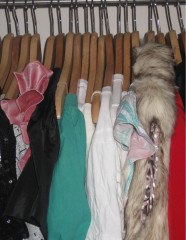 The pledge: to buy nothing new during the month of October means you can “beg, buy, barter and swap” goods – just as long as they are second hand.

There are obvious exceptions, which include the purchase of food, drink, medication and other basic living necessities.

Buy Nothing New Month is not only about saving money, it’s also about reducing one’s impact on the environment.

“If everyone bought 10 per cent of their goods second hand or swapped with their friends, just think of the environmental benefits of this,” said marketing manager, Rachel Violi.

The Salvos aren’t trying to change people’s shopping habits forever, but they are hoping most people will at least consider purchasing second hand goods during the month of October.

“I don’t think there has been a campaign in the past that specifically highlights the environmental, social and cost saving benefits for customers,” added Ms Violi.

All profits raised during the month of October will go directly back into programs funded by the Salvos.

Where to find second hand goods

“Salvos stores are driving this campaign, but it’s not all about us,” said Ms Violi.

“If [people] shop at Salvos stores – or even at other second hand stores – the environment still benefits, so everyone wins,” she added. 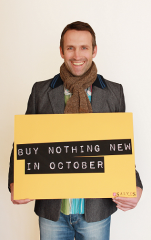 The Salvos suggest people consider all of the alternatives in their local area: op shops, markets, garage sales and community fairs.

Manager of Paddington’s Endeavour Foundation, Jennifer Vickers said: “Charities have upped their image and the quality of product they have in store.”

For those living in regional areas – where second hand stores are limited – online marketplaces such as eBay and Etsy are popular alternatives.

As part of Buy Nothing New Month, the Salvos are encouraging people to submit photos of their outfits – consisting entirely of second hand clothes and accessories – for a chance to win $5,000.

Along with the photo submission, entrants are asked to write 150 words describing their entry.

“Have fun with it,” Ms Violi said.

“And remember: one man’s trash is another man’s treasure.”