Motorists at fault in bicycle crashes 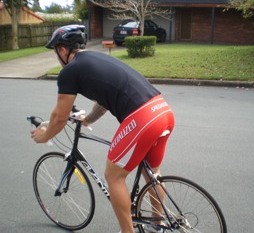 Cyclists are responsible for less than half the crashes involving motorists. Source: Kayla Brereton.

Queensland motorists will have to stop blaming cyclists for their crashes.

A new study providing the first real insight into bicycle crashes has found motorists are largely at fault.

The extensive study by The Centre for Accident Research and Road Safety (Carrs-Q), found motorists are to blame for over half the accidents involving bicycles.

Carrs-Q looked at more than 6000 bicycle crashes reported to police between January 2000 and December 2008.

They found cyclists were only responsible for 44 per cent.

Carrs-Q Senior Researcher Amy Schramm said lack of due care from both cyclists and motorists cause the accidents.

“Both riders and drivers need to be more understanding and accommodating,” she said.

Mrs Schramm said most accidents occurred because drivers failed to look out for cyclists and have been taught to only watch out for cars.

“If you are only looking for cars then more often than not you will only see cars,” she said.

“Whereas if you are looking for motorbikes, cyclists and pedestrians then you are more likely to see them if they’re there.”

However, when cyclists were responsible for the crashes, it was mainly because riders knowingly took risks.

Earlier this year, Queensland Transport found many cyclists avoided road rules and chose not to wear a helmet.

“The interaction between cars and bicycles continues to be a source of conflict for riders and drivers alike,” he said.

“Many of the responses we received highlight that motorists tend to see cyclists as a nuisance and are not always willing to share the road,” he said.

“This attitude causes many accidents for motorists and cyclists.”

“We don’t want our CBD to be a place where people roar through in their cars.’’

‘‘Ultimately, like with other world CBDs, the Brisbane CBD has to be particularly about the dominance of pedestrians and cyclists,’’ he said.

With Brisbane experiencing a cycling boom, experts are urging motorists to slow down and pay attention.