Writers should come “face-to-face” with audiences

Brisbane writing enthusiasts are encouraging writers to interact with audiences in person, away from the Internet . 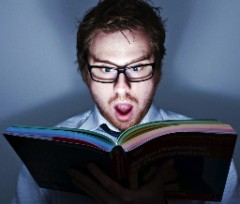 Writers warned to get to know their audiences Photo: Matt Smith, www.flickr.com

Social media, blogging and citizen journalism have made it easier for writers to publish their work, but they have also highlighted other issues such as accountability and remuneration.

Brisbane Writers Festival director Jane O’Hara says writers need more opportunities to network with people in the industry who can teach them how to engage “face-to-face” with the community.

“Blogging is an important aspect of any writer’s life, but there will always be the need for writers to come together with their readers,” she said.

She understands the Internet makes it easier for writers because Brisbane’s  market is small.

However,  publishers attend events like the Brisbane Writers Festival because they know how important it is to meet the writers in person.

“Brisbane is in an exciting phase… both nationally and internationally,” she said.

“The writing industry and groups of organisations in Queensland and individuals is actually really quite exciting at the moment.”

She says she supports new media, but believes there will always be a market for more traditional platforms.

“(It’s) made it lazier, more scared, harder to please, easier to fool and ultimately more fun,” he said.

But he says people need to remember the Internet is a communication tool which can be both an advantage and disadvantage.

“On the Internet, what’s more important than being in-depth or doing your research or being interesting, is being first,” he said.

“That’s how you get your traffic and ultimately your finance.”

He says although the Internet has created a new communication platform, people will still access what is familiar to them.

“The advance of the Internet has simply thrown that change into sharper relief,” he said.

“Some folk simply prefer to read stuff in printed form, same as some folk prefer to hear stuff without a moving picture to distract them.”

Mr True’s advice for people wanting to get exposure in Brisbane is to publish your own magazine.