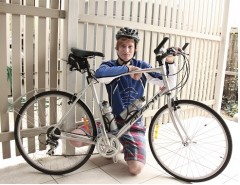 Brisbane City Council is set to introduce its bike hire scheme CityCyle next month in a bid to reduce traffic congestion and ease demand for inner city parking.

When completed, up to 2,000 specially designed bicycles will be available over 150 stations across the city.

Senior Engineer of Bikeway Planning, Lindsay Enright said the plan to implement the service came at a crucial time when inner city traffic was overly congested.

“People who live in say New Farm or around that area, will be able to pick up a bike and ride into the city instead of taking their car, which in turn will free up inner city traffic,” he said.

“The whole system is based on stations being only 200-300 meters apart.

“One of the biggest issues we’re actually dealing with is how to make it safer for people to cycle in and out of the city because there is a lot of traffic flow within the CBD.”

The scheme is part of a 100 million dollar investment program over four years aimed at improving bikeways, pathways, local links and supporting infrastructure.

Brisbane City Council spokesperson Christen Hill said this is an invaluable service for Brisbane City commuters, providing more options to travel to and from work.

“CityCycle is an active, accessible and sustainable public transport option that will reduce traffic congestion and parking pressures in the inner city, as car trips are replaced by cycle trips.”

The service will feature bike racks with an electronic locking system at station terminals with the use of a CityCyle user card (similar to the GoCard) for subscribers over 3 months.

Some of the other major issues facing CityCyle include strict helmet laws, age restrictions and convincing people to use the service.

An age limit of 17 years and over has been enforced to ensure safe usage of the bikes which Christen Hill said “are designed for adult riders”. 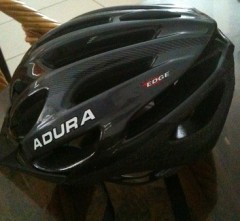 Lindsay Enright said age restrictions are in place because the service is unsafe for younger people and the bikes are “quite heavy which is difficult for small children to use.”

Part-time lecturer and public transport expert from the Queensland University of Technology Tristan Peach said the service has potential to ease traffic and parking demands but is sceptical about helmet laws.

“Obviously it is safer to ride a bike with a helmet but it is going to hold people back,” he said.

“Hopefully the police will not regulate this too much and should go easy so that people can have a fair go.”

Australia’s helmet laws differ greatly from countries such as the Netherlands where there are none.

Mr Wilson hopes to see more cyclists on the road but agrees the law may impede the service.

“In the beginning people will be wary of helmet laws and they might not want to use the service,” he said.

“But they [helmets] simply work; it’s a matter of safety.”

Lindsay Enright said “a lot of it is going to depend on convincing locals to actually use the service for their normal transport system.”