Adoption groups across Queensland are both praising and protesting the changes introduced into the state’s new child custody policy.

The Adoption Act includes less restrictions on contact between children and genetic parents aiming to promote a healthy relationship between the two. “Suddenly the focus is on adopted children ‘coming home’ and being able to re-unite with their genetic parents later in life,” said Dr Jordan.

“We’re finally starting to see some kind of focus on child-centred policy which is something everyone just seemed to forget about before.”

Dr Jordan said this was crucial because of the very real and natural curiosity many adoptees feel about their past.

Adoptee Beau Chambers said he is grateful children will be able to get the kind of access to their genetic parents he was denied.

Under the old laws Beau was forced to wait until he was 18 before he could find his biological mother.

“It added a whole extra level of complicated emotions to my feelings on being adopted,” he said.

“I don’t resent my situation but I always think that I’ll never get to experience the sibling rivalry and things other people do.

“If these new laws had existed sooner I wouldn’t have missed out on those moments.”

Queensland Minister for Child Safety and Sport Phil Reeves says it is important to balance this ability to know about one’s parents without infringing an individual’s personal right to privacy.

“This is the most significant reform on adoption to take place in Queensland and is a big step forward,” he said.

“Previously the laws were decades old and now the policy is much more modern.”

But it is not all smooth sailing, as some believe the government has missed an opportunity for serious reform. 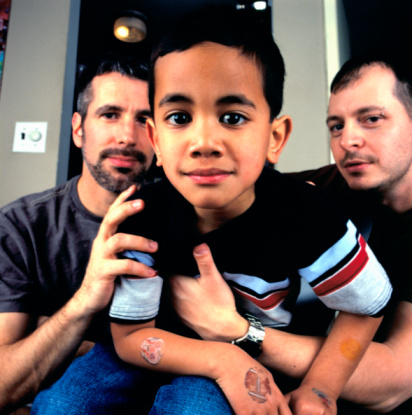 The Queensland Government still chooses to exclude same-sex couples from being able to adopt a child.

The issue has become increasingly prominent following the debate on gay marriage during the recent federal election.

Mr Reeves has remained steadfast on the issue and said the government has no intention of changing the law.

“There needs to be a change from discriminatory laws we currently have in place,” he said.

“By not including gay adoption in the latest legislation we’ve missed an important chance.”

Dr Jordan said there is a positive side to consider with this decision.

“Because of their eagerness to adopt, a lot of same-sex couples are happy to help foster special needs and troubled children,” he said.

“Consequently there are some fantastic results happening between these people and the children which might pave a way for change.”