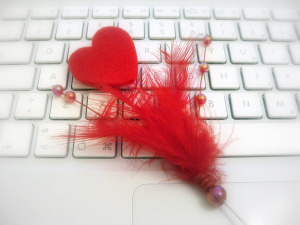 The Queensland Police Service (QPS) are urging dating website users to be vigilant after reporting a dramatic increase in the number of victims to online romance scams.

The QPS warn scammers create fake dating profiles and lure victims in with false promises before trying to swindle them out of large amounts of money.

The romance ploy is the fastest growing scam type in Queensland, now making up 76 per cent of ‘advance fee fraud’ losses, police say.

“Victims are overcome by the attention paid to them by the scammer, and rather than see the offenders for what they are, they are more interested in what their life could be based solely on the lies told to them during conversations,” he said in the statement.

Brisbane woman Yvonne, who wishes to remain anonymous, was almost fooled into transferring $30,000 to ‘Ricardo’, a man she met through a dating site.

“From the beginning, Ricardo seemed keen to start a relationship,” Yvonne said.

She says he shared many of her values, claimed to be a committed Christian and “adored” his family.

After two months of phone calls, emails and text messages, Yvonne says she “felt she knew him really well”.

Ricardo often declared “his unending love” for Yvonne and asked if she felt the same.

“I told him I didn’t because I had never met him and didn’t believe that he could feel so much for someone he had never met,” Yvonne said.

Authorities say many scammers use a death or illness to foster a sense of closeness in the relationship and Ricardo said his mother in America had died.

Ricardo told Yvonne he was flying to America for the funeral and planned to bring a valuable painting back to Australia to sell.

The day Ricardo’s flight was due, a woman claiming to be a Customs official phoned Yvonne, advising her Ricardo had been detained for undervaluing the painting and owed $70,000 in customs taxes.

Upset and worried, when Ricardo begged her to lend him $30,000, Yvonne said she would do “whatever she could to help”.

“I felt so sorry for him – losing his beloved mother, then getting detained and accused of something he was not guilty of,” Yvonne said.

Though she felt uneasy about transferring money to someone she had not met, Ricardo sounded sincere and Yvonne was confident she would be repaid.

But Yvonne’s bank questioned the transfer, informing her it was likely a scam, and Yvonne decided not to go ahead.

“Ricardo became angry and asked why I was not helping [him],” Yvonne said.

“I haven’t spoken to him since and am still feeling shocked about what he did.”

Some dating websites have also implemented their own security measures to try and minimise the threat from scammers.

“With this kind of security, they [scammers] do get stopped quickly,” Mr Heysen said.

“But common sense is important too– call customer support if you have any doubts about a person – any requests for bank details should ring alarm bells.”