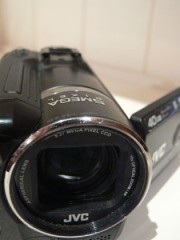 The Australian film and TV industry is yet to use neurocinematics.

Some experts say neurocinematics studies, which monitors how an audience engages in a movie, are important to film marketing, but the Australian film and TV industry are unlikely to use it.

The study found neurocinematics can show directors and editors the level of engagement an audience has with a scene by showing fear or emotional responses, among other reactions, within brain activity.

Film expert and University of Queensland professor Tom O’Regan says although these studies are an important part of movie marketing techniques, the Australian film and TV industry is yet to be involved.

“[Neurocinematics] is perhaps [an] improvement on other techniques, but this kind of thing has been around for several years,” he says.

“What is probably the most interesting issue is whether we are moving towards an agreed metric in this area.

“I certainly think we will see an increasing use of this sort of technology.

“I know that Disney puts a lot of emphasis into this area … feedback is often useful particularly for identifying issues prior to a film’s release.”

New Scientist journalist Jessica Hamzelou says the study is one of only a few in the world and many filmmakers are interested.

The study was conducted by Dr Uri Hasson, an Assistant Professor of Psychology at Princeton University in the US.

“Film clips are used a lot in science to help neuroscientists understand the brain, [but] there are very few places looking at this from a commercial point of view,” she says.

Mindsign used the technology to create the trailer for Harry Potter and the Deathly Hallows.

Scenes were chosen and eliminated in the trailer, based on how engaging they were shown to be on an audience, by using neurocinematics.

But some film experts say they do not believe neurocinematics will become commonly used in the Australian industry.

Director and producer Geoff Portman, discipline leader at Queensland University of Technology, says technology like neurocinematics is not able to achieve as much as a filmmaker can.

“What they can measure is very different from what we can dramatically create,” he says.

“As all creative processes come from within the individual, we would naturally steer away from something external dictating to us what is a very internal process.”

Independent producer Dr Jonathon Silver, a former general manager of marketing at Greater Union, says the technology is very unlikely to have an impact on the industry.

“It is the latest in a long list of psychological experiments relating to audiences that began 70 years ago … they didn’t have any impact on how Hollywood operates, so I doubt this new technology will,” he says.

“High levels of audience engagement come from a good script, well acted and well directed … technology is just a facilitator.

“Creatives don’t like to be directed by market research findings, or by technology.”