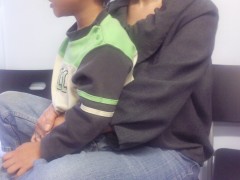 The debate on same-sex adoption has resurfaced in Queensland this week after the New South Wales Government passed legislation allowing same-sex couples to be recognised as a child’s legal guardians.

In Queensland, same-sex couples are only allowed to become parents through altruistic surrogacy and are also allowed to be foster parents.

Queensland Premier Anna Bligh said last month her government would not be legalising same-sex adoption, despite NSW joining the ACT and WA in equal rights when adopting.

The Bligh Government has been criticised for being inconsistent on its position on same-sex couples’ rights.

Queensland Child Safety Minister Phil Reeves said surrogacy arrangements allow the biological mother to choose the parents of the child, but this is not the case with adoption.

“[The biological mother] knows who the parents are, in fact, she has only conceived in order to provide these particular parents with a child,” he said.

“In the case of adoption, the birth mother does not choose the particular adoptive parents.

“In these circumstances, it is appropriate that the Government take a more conservative approach aligned with broader community expectations.”

Gay and Lesbian Rights Lobby policy and development coordinator Senthorun Raj hopes the changes in NSW laws will encourage other states to act in the best interests of children and reform adoption laws to include same-sex couples.

“These amendments will ensure that all children will be able to have legally recognised parents, regardless of their family structure,” he said.

“Adoption reform also ensures that all couples, regardless of their sexual orientation, will be judged on their objective merits to provide a loving and stable home for a child.

“[To make] parenting laws consistent in Queensland, reform to adoption laws is necessary.”

According to a report compiled for the Gay and Lesbian Rights Lobby, the sexuality of a child’s parents does not affect the child’s development or well-being.

“It is the care and love put into a child’s upbringing that is of utmost importance, and lesbians and gay men demonstrate just as good capabilities at loving and caring for their children as their heterosexual counterparts,” the report said.