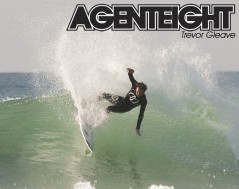 Many local small business owners believe the global financial crisis of two years ago is still significantly affecting their trade.

Jay McCormack has lived this nightmare for the past two years as he tries to start a Brisbane-based importing company called Phoenix Cars & Clothing.

“My company is largely based on the imports of cars and clothing, as the name suggests, so obviously the economy is crucial for its success,” he said.

“So when the downturn happened, I almost had to call it quits several times.”

But is the economic crisis really affecting small businesses that severely?

Statistics show that starting a small business is a challenging task even when the economy is booming.

In fact, a recent study by the Small Business Association (ABA) indicates that just 50 per cent of small businesses will survive longer than five years.

Per Davidsson from the Australian Centre for Entrepreneurship Research (ACER) argues that there is no causal relationship between the economy and the success or failure of a small business.

“Although the chance of profit is a lot greater in an upturn, a downturn doesn’t necessarily cause businesses to fail,” he said.

“It’s more a matter of having a unique understanding of your product and customers; which gives you a great advantage.”

However Mr McCormack still believes the economy has been the most pressing issue for his business.

“I undertook several small business courses in order to better understand my particular market and know as much as I can about my target consumers,” he said.

“But with the economic instability of the last few years, it’s still been extremely difficult to turn a profit.

“The hardest part is probably understanding the market, and knowing whether or not your product is sustainable in that market.”

Mr Davidsson says there are several ways in which an owner can ease the inception process and that your chances of surviving the five year period can be substantially increased.

“Most importantly you have to be flexible with your business idea and be able to alter it slightly if you are receiving different signals from your customers,” he said.

Skye McClain is another local business owner who is still feeling the pinch of the economic downturn.

His clothing company, Agent Eight Clothing, is situated on the Gold Coast and has been extremely slow to get off the ground since its commencement in 2008.

“I receive all my clothes from America who have suffered the worst from the economic crisis,” he said.

“So, naturally, even though I have been advertising my guts out, my business has also suffered.”

The economy seems to be a hot topic as of late for small business owners across Australia.

Only time will tell if it is actually the recent crisis which has impacted their sales so dramatically.

For more information on small businesses or if you’re looking to start one up yourself, visit the ACER homepage.