The Normanby Action Group (NAG) is frustrated with parking chaos in their streets, which they say is caused by Queensland University of Technology (QUT) students.

In an effort to encourage students to use alternative modes of transport, QUT implemented a pay and display parking system at the Kelvin Grove campus between April and May last year.

But the spokesperson for NAG and resident of Normanby Terrace, Mr David Pyle, says the problem has shifted to students parking in their residential streets.

“Parking is a huge issue. We all have our permits to park on the street but when I leave in the morning, in thirty seconds my car park is gone,” he said. 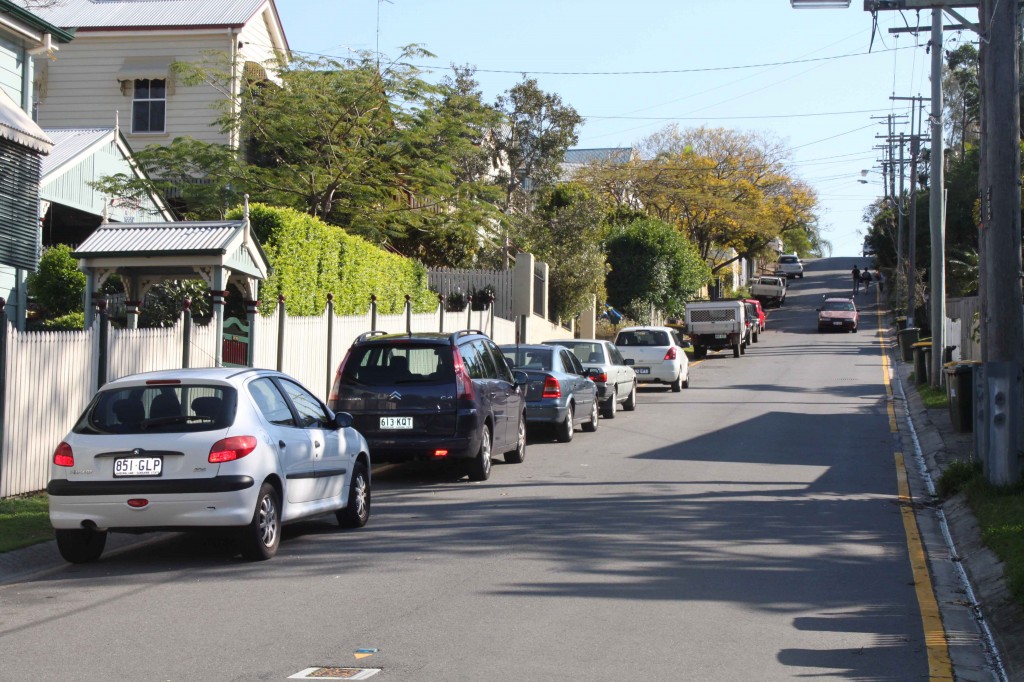 The clearway on Normanby Terrace offers some relief, but frequent traffic and cramming on the other side is still causing problems. Photo: Vanessa Fuchs.

After lodging a signed petition to the Brisbane City Council in April 2009, a clearway was implemented on one side of Normanby Terrace seven months later.

But Mr Pyle says a clearway isn’t enough and residents are still having to take matters into their own hands.

“Leaving big heavy things like bins in the way is a good method to keep them at bay, but there’s still so much traffic caused by cars coming up and down the street looking for a car park,” he said.

QUT Student Guild president, Kat Henderson, says they’ve been fighting against QUT about the paid parking and lack of parking spaces at Kelvin Grove since late 2009.

“It was one of the policies we went to the recent guild elections on and people seem to be quite responsive to it and agreeing,” she said.

Miss Henderson says it’s “disgusting” QUT is targeting students for parking revenue and students should not have to pay to access their education.

“If you’re paying thousands of dollars in HECS debt every year then you should be given adequate access to your university,” she said.

But Mr Gordon Knowles, of QUT’s campus services, says a free parking space is not included in a university degree. 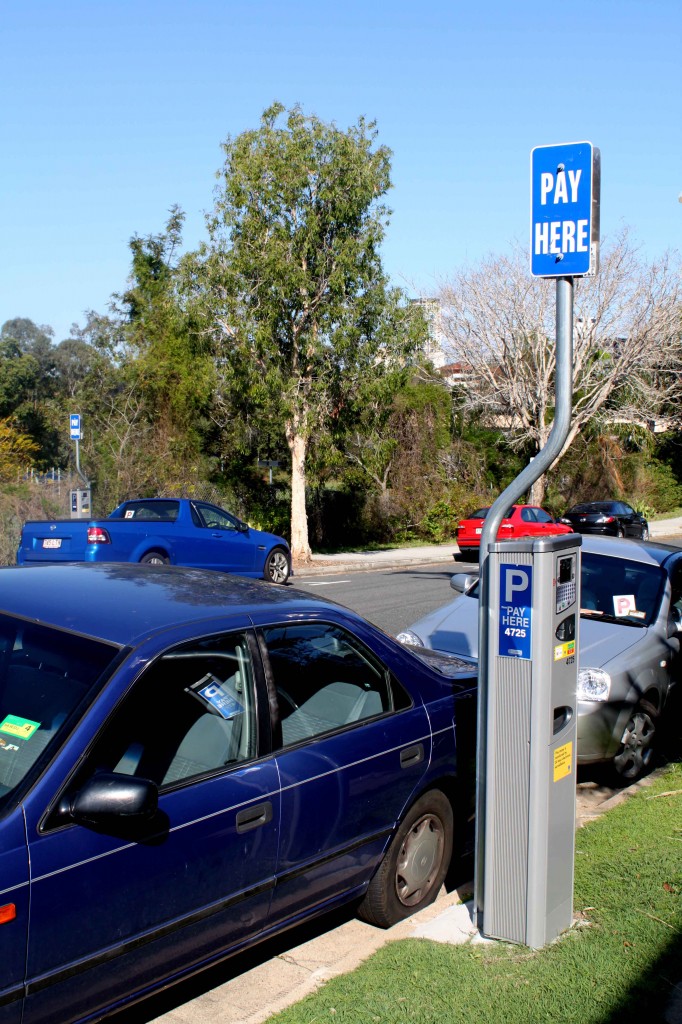 The pay and display system at QUT's Kelvin Grove campus is supposed to encourage students to use alternative modes of transport. Photo: Vanessa Fuchs.

“You just don’t park for free in an inner city area anymore and if it was, we would have 5000 vehicles descend upon both campuses everyday,” he said.

He said the pay and display system is supposed to deter an excessive expectation and to push people to use alternative modes of transport.

“There are many other universities that don’t have as much parking as we do at QUT. I understand the issue but we just haven’t got a space for every single person coming to university. That’s just an impossibility,” he said.

But Miss Henderson says having free and adequate parking at university is also a matter of safety for the students.

“A lot of students that don’t live in the inner city area have to catch public transport late at night, so that’s why parking is important because it has that security aspect to it,” she said.

Mr Pyle says NAG would prefer to make the Normanby area only resident permit parking as the clearway restricts anyone from parking there and not just students.

“The idea is we each have a couple of permits which we can share around with visitors and tradespeople, so that’s what we’re working on at the moment,” he said.