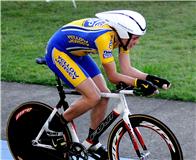 With the Delhi Commonwealth Games fast approaching Brisbane’s finest athletes are preparing for the experience of a lifetime.

Queensland will send over 80 competitors to the event in what is set to be the biggest Commonwealth Games since the tradition started in 1930.

The team includes 19-year-old Brookfield local Michael Hepburn who will compete in the team pursuit – an event in which he is currently enjoying world champion status.

After a successful start in competitive triathlon, Hepburn turned his attention to cycling five years ago and has never looked back.

Over his short career, Hepburn boasts a long list of achievements with a career highlight of placing first in the under 19 Individual Pursuit Junior World Championships in 2009.

This, he says, will soon be overshadowed by the opportunity to compete for Australia in one of the biggest events on the sporting calendar.

“Over the past two years I have competed at world championships for my country on the road and track but I see the Commonwealth Games on a whole new level,” he said.

The long lead up to the games has been shrouded in controversy from health concerns to threats of terrorism but Hepburn says he has no real concerns for his safety.

“I think my safety within the village will be in good hands and from all the reports we’ve had, security will be at a maximum while the Games are on,” he said.

Although his career takes him all over the world Hepburn says the support back home keeps him competing at his best.

“The support of friends and family back home is really important to me,” he said.

“I don’t get too many opportunities to catch up with everyone but I try to keep in contact as much as possible.

“Talking to these people and hearing support from the local community inspires me to perform on a higher level.”

Another local athlete who thrives on the support of local fans is Olympic swimmer 18-year-old Cate Campbell.

The Kenmore local was also picked in the team but has since been forced to withdraw her position after being struck down with onset chronic fatigue.

Campbell describes the decision to pull out of the Games as one of the hardest she has ever had to make but says it was ultimately inevitable.

“The reason I swim is to compete and suddenly my reason for all the early mornings, all the blood sweat and tears didn’t exist anymore,” she said.

“I could not even put one training session together, let alone a whole competition.”

The decision has been made easier, she says, by having the unwavering support of the local community.

“My friends, my family, the swimming team and in fact everyone in the community have been extremely supportive through this time,” she said.

“I have accepted this year for what it is and the encouragement from everyone surrounding me really helped me achieve that acceptance.”

After the games Hepburn is looking forward to spending time at home before he begins preparation for the London Olympics.

Campbell will continue to rest and says she is simply enjoying being a normal teenager.

She will not compete for the remainder of the year but also has her sights set on securing a place in the 2012 Olympic team.

The Delhi Commonwealth Games begin on October 3 and will run for 12 days.