Gold Coast residents upset by noisy and inappropriate behaviour in so-called ‘party houses’ have been heard.

The ‘party houses’ are often used for functions such as weddings and bucks nights, as well as week-long parties, like schoolies. 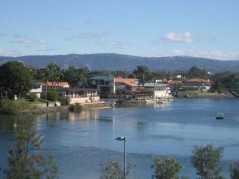 In a recent meeting, the council decided it will introduce noise restrictions, limit the number of guests and require security guards, to monitor behaviour and noise levels.

It will also restrict rental agreements to a minimum of ten days.

Councillor Grummitt said the next step will be up to the state government.

“The town plan act is a state government legislation of which we administer,” she said.

“Therefore they have to put in a new zoning for party houses, which will have to be well away from residential areas.”

Councillor Betts said within council, support for a total ban was not successful.

“The reason for that is because of the tourism aspect, particularly on the Gold Coast,” he said.

“There are legitimate uses for houses for people taking a break and having a holiday with their family.”

General Manager of Stayz.com Kirsty Shaw, which rents this type of accommodation, said they are happy with the council’s decision.

“We are really pleased to see that the Gold Coast City Council has moved not to ban holiday houses,” she said.

“We are really interested in working with the council to try and come up with a workable solution that ensures holiday houses and residents can co-exist happily.”

A Spokesperson for the Minister of Infrastructure and Planning, Stirling Hinchliffe, said the existing Queensland Planning Provisions (QPP) were put in place to “provide a level of standardisation previously missing in Queensland’s planning sector”.

“Any changes to the QPP, which do allow for some limited regional variance, can only be considered once a formal application has been submitted,” the spokesperson said.