The Bligh Government’s attempt to scuttle the defence of provocation in cases of murder has been met with mixed reactions. 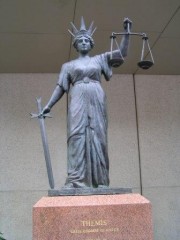 Under the Bligh Government's proposed law amendments jealous ex-lovers will no longer be able to claim provocation as an excuse for criminal behaviour. Photo: Perry Woodward.

The government has announced new laws which will prevent murder charges from being downgraded to manslaughter if an offender claims they were verbally provoked.

The amendment stems from a review into the defence following the death of 16-year-old Taryn Hunt who was bashed to death with a steering wheel lock in 2005.

Her killer Damian Karl Sebo was sentenced to 10 years jail but acquitted of the charge of murder after he claimed he was provoked.

“This change, which was recommended by the Queensland Law Reform Commission, will remove insults and statements about relationships from the scope of the defence,” Mr Dick said.

“The amendments will also recognise a person’s right to assert their personal or sexual autonomy and will reduce the scope of the defence being available to those who kill out of sexual possessiveness or jealousy.”

Mr Dick said the changes amending the partial defence of provocation will place the onus of proof upon the defendant and would “strike the right balance between the rights of the individual and the wider interests of the community”.

“These changes are further evidence of the Bligh Government’s commitment to modernising the state’s legal system,” Mr Dick said.

Deputy Liberal National Party Leader Lawrence Springborg said while the changes are welcomed by the opposition, they had come too late for many.

“While we have yet to see the exact legislation Labor is proposing, we believe these changes can’t come soon enough, although they will be too late for people who have lost loved ones only to see their killers acquitted through the accident/provocation defence,” said Mr Springborg.

“These changes should have been introduced two years ago, but they appear to be an attempt by the Attorney-General to grab a headline as he makes his run to replace Anna Bligh as premier.”

The Queensland Law Society (QLS) expressed their concerns over the amendments, saying the move would lead to less autonomy for juries.

QLS criminal law section chairman Glen Cranny told the Courier Mail the society had concerns about the attitude taken in changing the laws.

“We do have some concern about the approach of changing long-established laws on the basis of public disquiet about a couple of cases,” said Mr Cranny.

“We’re always concerned about changes to the law which take away from a jury’s discretion.”

The Bligh Government plans to implement the new laws later this year.