When it comes to the issue of censorship, Australians are divided about the road to take.

A proposed internet filter will block thousands of sites the government deems unsuitable for public consumption, including, but not limited to, child pornography. 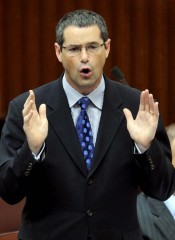 “Most Australians acknowledge that there is some internet material which is not acceptable in any civilised society,” Senator Conroy explains.

“It is important that all Australians, particularly young children, are protected from this material.”

Is the government simply taking the proper measures to protect the interests of the nation’s youth? Or does this new filter compromise Australian democracy?

The video game rating system has topped the list of censorship controversies for some time. A high-profile and fast-growing industry, video gaming has outstripped revenue of entertainment luminaries like the film industry in Australia.

Despite this success, a slew of high-profile games are banned in Australia every year.

Australia’s video game rating system has a maximum rating of MA 15+, meaning if a game is not deemed suitable for a 15-year-old, then it is banned or edited.

Former South Australian Attorney-General Michael Atkinson was vehemently opposed to an R 18+ rating during his time in office. 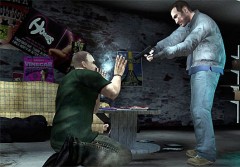 “I don’t support the introduction of an R18+ rating for electronic games, chiefly because it will greatly increase the risk of children and vulnerable adults being exposed to damaging images and messages,” Mr Atkinson says.

David Wildgoose, editor of popular games industry news website Kotaku, believes that the lack of an R18+ rating is damaging the industry.

“The current classification scheme, which maxes out at MA15+, thus implies that all video games are okay for children,” he explains.

“Although it is hard to compare the ratings from one country to another, given the average age of gamers in Australia is now 30, we need to recognise that video games are not just for children.

“Interactive entertainment holds so much creative potential, yet by ruling that all games released in this country must cater to 15 year old children, we stifle artistic vision.”

Mr Atkinson’s resignation and strong public support led to a discussion paper on R18+ being opened in late 2009. Parties for and against the legislation wait with bated breath for a decision. 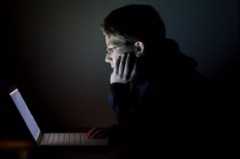 A survey by internet giant Google placed Australia in the top 10 of countries that censor internet material.

If Labor introduces its internet protocol, Australia would rise to the top.

This would not be a bad thing, according to the Australian Families Association.

The AFA have evidence to believe that the filter will block up to 84 per cent of “unwanted” content from web searches.

Queensland AFA President Michael Ord believes that censorship is key for the protection of youth.

“Content which is not conducive to good conduct in our society can cause distortions in people’s minds and views of how to conduct yourself in day to day life,” Mr Ord says.

“If you let the limits go, it just makes (adult content) available to a whole host of people. It can be younger people and it can be teenagers. It consumes them into their young adulthood and puts them into a position where they’re making wrong choices.”

Despite AFA support, there are many who are not convinced.

“In terms of child pornography it is really, really difficult to access and people do not accidentally stumble upon it,” Dr Brooks says.

“I just really think that what it’s doing is parenting us. They’re parenting the adults and they’re parenting the parents. The problem is the government is infantilising the population and not allowing us the common sense or otherwise to set our own boundaries for our children or for ourselves.”

While many believe our freedom to choose the content we expose ourselves to is being compromised, just as many parents and young families are being swayed by the government’s war on censorship.

As the issue commands more attention as parliamentary power hangs in the balance, censorship will no doubt continue to find itself in the middle of a heated public debate.